Counting of votes for Bihar Assembly elections got under way on Tuesday amid strict restrictions to check the spread of COVID-19.

The fate of the Nitish Kumar-led JD(U) government, seeking a fourth straight term, will be decided today.

The counting of votes began this morning at 8 am for 243 seats in Bihar Assembly. The election was held in three phases on October 28, November 3 and November 7.

As per early trends-Mahagathbandhan chief ministerial candidate Tejashwi Yadav and his brother Tej Pratap are leading from their respective seats – Raghopur in Vaishali district and Hasanpura in Samastipur.

The exercise will decide the electoral fate of over 3,700 candidates.

Congress Spokesperson Jaiveer Shergill in a tweet claimed that the Mahagathbandhan “is going to sweep” the election and the rival alliance is “going to weep”.

“Today’s results will prove BJP-JD(U) was not Double Engine but Double Puncture Sarkar,” he added. 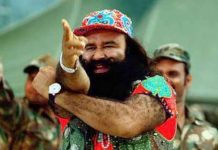