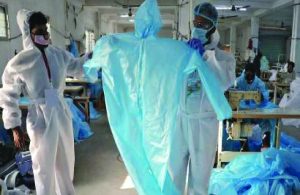 The murky deal that came to light after a 43-second clip hinting at bribe in the purchase of PPE kits has led to resignation of Himachal Pradesh BJP Chief, Dr Rajeev Bindal while more heads are rolling.

In the clip, a man is heard saying: “Leke aa raha hun samaan apka, ji (I am bringing your goods). Another man replies: “Thik hai, le ao. Kitna le aye (Ok, bring it, how much are you bringing?).”

Now the Himachal BJP president, Dr Rajeev Bindal has resigned from the post, “on the basis of high moral grounds”, amid a corruption probe into the procurement of medical supplies by the government for the Covid-19. His resignation came on the heels of arrest of Director of Health Services of Himachal Pradesh, Dr. A.K.Gupta, after the vigilance and anti-corruption bureau began a probe into the audio clip. Dr Gupta was arrested on the night of May 20 and booked under the Prevention of Corruption Act. State BJP chief Rajeev Bindal stepped down from the post on May 28 after his name was dragged into the scam.

Bindal’s fall from grace comes only after he was elevated as BJP President of Himachal Pradesh unit by party’s National president JP Nadda in January 2020. Bindal, a five-time MLA, is a graduate of ayurvedic medicine and surgery (GAMS), and was elected MLA from Solan thrice and is currently serving a second term from Nahan.

Bindal, on his part has denied any link to the case, and said that he had resigned so that the probe is “not influenced in any way”. In his resignation letter, Bindal said, “Recently, an audio clip of the director of health services went viral following which the state government took prompt action and the director was booked and arrested, and investigation by vigilance bureau is on. Meanwhile, fingers were pointed at the BJP in an indirect way by some people.”

Bindal said, “Because I am the BJP state president and we want this alleged corruption to be thoroughly probed and so that there is no pressure of any kind and the probe is not influenced in any way, I am tendering my resignation keeping in mind high moral grounds. It is to be kept in mind that I am only resigning on the basis of high moral grounds.”

ADG Anurag Garg had said that Gupta was arrested after several hours of questioning during which he gave “evasive and misleading replies” and “showed selective amnesia in recalling the events of the past couple of days”. “The mobile phone and voice samples of both Gupta and the other person have been sent to a laboratory for forensic examination,” he said.

Subsequently, the Himachal Pradesh Vigilance and Anti-Corruption Bureau arrested Prithvi Singh, who had recorded the former Director of Health Servicesasking for a bribe to supply PPE kits. Singh had allegedly made a 43-second audio clip in which the former Director of Health Services, Dr Ajay Gupta, could be heard asking for a bribe of 5 lakh for supplying 6,500 PPE kits worth over 1 crore. Singh is a close associate of former BJP chief Dr Rajiv Bindal and the audio clip has gone viral since its release.

After the release of the audio clip, Additional Chief Secretary R D Dhiman had referred the matter to the Vigilance Bureau and Gupta was called for questioning and arrested on May 20. The Vigilance Bureau had ceased the mobile phones of Ajay Gupta and Prithvi Singh and voice samples of both the accused were taken to a state forensic science laboratory in Junga.

Prithvi Singh is a former political leader from Renukaji Assembly constituency from where he had unsuccessfully contested the Vidhan Sabha elections on the BSP ticket in 2007. Singh later switched to the BJP, and also held the position of district president of party’s SC Morcha. Later he reportedly began liasioning for medical establishments.

Prithvi Singh, the person who allegedly recorded the audio clip, in which he can be heard discussing the handover of 5 lakh, is a liasioning officer of Bio Aid, the firm in Derabassi, investigating officer DSP Kailash Sharma and public prosecutor Sandeep Attri told the court during a hearing of the bail application by the accused.

Before the audio clip was recorded in mid-April, the committees invited tenders twice, during which first two and then five suppliers qualified. Bio Aid was not one of the qualifiers, and all supplies made by it, “around 6-7 orders”, were made before the tendering process began.

Significantly, it is not only that irregularities have been noticed in the Covid-19 related equipment purchases in Himachal Pradesh, already the opposition Congress party had alleged gross irregularities in the supply and distribution of Covid-19-related equipment in the country and demanded that the government makes public details of all purchases made till date. The party had alleged that some people were involved in profiteering while supplying rapid test kits for Covid-19 to the government and demanded that the Prime Minister take strict immediate action against them. The Congress cited media reports about rapid test kits for Covid-19 being sold at around 150 per cent profits to the government and asked Prime Minister Narendra Modi to fix responsibility for the same. “When the entire country is fighting against the Covid-19 disaster, some people are still profiteering. One detests and feels ashamed of such a corrupt mind set. We demand from the prime minister strict action against these profiteers. The country will never pardon them.” Congress chief spokesperson Randeep Surjewala also said it was “shameful and inhuman” that people were supplying test kits bought for 225 each at 600 each to the state exchequer.

Former Union Minister, Manish Tewari said the government should ensure that huge profiteering in procurement of equipment for fighting Covid-19 be stopped immediately. “There seems to be absolute anarchy in procurement of equipment for fighting Covid-19. We would like to demand from the Health Ministry and the government to make public all procurements made with regard to equipment to fight Covid-19 for testing, PPEs and ventilators. All those transactions must be transparently placed in public domain,” he said. 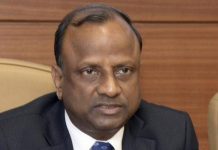 Lawfully passed orders binding on any business entity, must be obeyed...