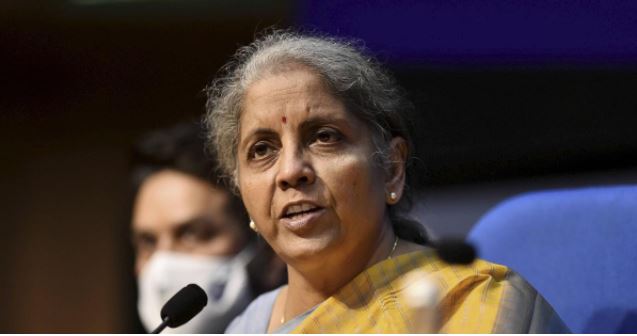 Finance Minister Nirmala Sitharaman on Friday said that corporate tax reduction has helped the economy. Replying to the debate on the Finance Bill, the minister told the Lok Sabha that corporate tax collections stood at Rs 7.3 lakh crore so far this fiscal.

Besides, Sitharaman pointed out that the Central government did not increase taxes last year or this year.

The Minister said that this budget has not burdened the public but yet put the money where the multiplier would be maximum where infra creation of assets will happen.
To sustain high growth rate, the Centre has earmarked a massive budgetary outlay of Rs 7.50 lakh crore for FY23.

Furthermore, she said that tax payers numbers have increased to 9.1 crore from 5 crore a few years ago. The Lok Sabha on Friday approved the Finance Bill, thereby completing the budgetary exercise for fiscal year FY23. The Bill was approved in the lower house by a voice vote, after 39 official amendments, moved by Sitharaman, were accepted. AGENCIES