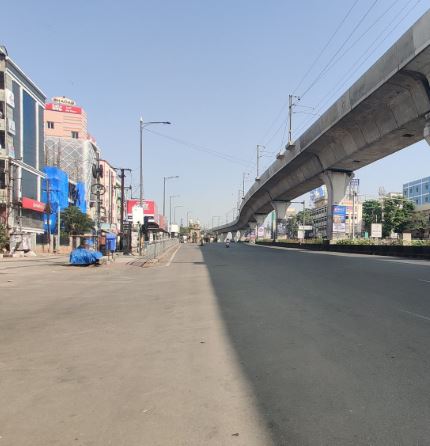 The Punjab government on Friday decided to extend lockdown in the state till May 1, the second state after Odisha to extend restrictions.

The decision was taken at a meeting of the Council of Ministers, chaired by Chief Minister Captain Amarinder Singh, to check community spread of the pandemic and to prevent overcrowding at the Mandis in the light of the ensuing wheat harvesting/procurement season.

Amarinder will convey the decision to Prime Minister Narendra Modi at Saturday’s conference with the chief ministers, according to an official spokesperson.

Citing the grim projections about the spread of the pandemic in the coming weeks, the Chief Minister said the curfew restrictions were essential so that the medical infrastructure is not burdened beyond its capabilities. There was general consensus in the medical community that the lockdown curbs would only delay the spread of the disease, he said, hoping that some medication/cure would be found soon.

The Cabinet also approved establishment of a high-powered committee to suggest a road map for State’s economic revival in post-COVID era once the crisis softens and normal working is restored.

Earlier in the day, Singh indicated that his government was seriously thinking of extending the lockdown as the time did not appear to be right for lifting the restrictions.

However, he made it clear that since the lockdown could not be indefinite, the government was also looking for ways to extricate the state from the restrictions and enable it to function with the Coronavirus around. A high-powered committee with several doctors, medical and other experts, was examining the situation and will soon submit its report on the lockdown exit strategy, said the Chief Minister.

Pointing out that most of the 27 positive cases reported on Thursday (the maximum daily increase for the state) were cases of secondary transmission, the Chief Minister described it as an indication of the state moving into the stage of community transmission. The situation could seriously worsen in the coming weeks, he added. “The predictions are horrendous, but we are doing our best,” he said, adding that while currently the numbers were low in Punjab compared with most other states, it cannot remain isolated as the pandemic spreads further. 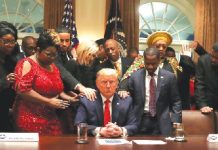 Fingers stay crossed as the US elects president