The number of deaths from China’s new coronavirus epidemic has risen to 811, surpassing the death toll from the SARS epidemic of 2002-2003, officials said on Sunday.

There are now more than 36000 confirmed cases across China, according to China’s National Health Commission.

The World Health Organization said that the number of new cases confirmed in China has stabilized in recent days, but cautioned against reading too much into those numbers, saying that Wuhan and Hubei Province were still in the midst of a very intense outbreak.

“WHO is working closely with global experts, governments and partners to rapidly expand scientific knowledge on this new virus, to track the spread and virulence of the virus, and to provide advice to countries and individuals on measures to protect health and prevent the spread of this outbreak,” WHO said in a statement.

The deadly virus was first detected in China’s Wuhan in late December and has spread to most parts of the world.

On February 8, Preeti Sudan, Indian Secretary (HFW) took a review on the current situation with concerned officials. She discussed the present status and preparedness on the issues of spread of novel Coronavirus disease.

Universal screening for all flights from Singapore and Thailand besides Hong Kong and China is already ongoing at earmarked aero bridges. The screening of passengers is now on in all 21 airports, International Seaports and border crossings. As of now 1636 flights and 176703 passengers were screened so far at 21 Airports. Ministry of Health & Family Welfare is extending all the possible support to the States/UTs in order to combat the situation arise due to Novel Coronavirus, the statement said.

Adequate IEC activities like hoardings at the State’s borders, pamphlet distribution, announcements etc. are being undertaken to spread awareness about the symptoms and precautions. Orientation of the medical personnel and health officials is being conducted regularly. Special Gram Sabhas are being organised to boost awareness and sensitisation regarding the Novel Coronavirus diseases, its symptoms, preventive measures, reporting etc. in the border villages. The States/UTs are being put on alert and adequate stock of Personal Protection Equipment and masks is available with the States/UTs. 7994 persons are presently under community surveillance in 32 States/UTs. The containment and prevention activities are being taken up on utmost priority. All the states are continually strengthening their rapid response teams to counter any eventuality, it said.

1449 samples have been tested and 1446 samples were found negative except for 3 samples which had tested positive already from Kerala, it added. 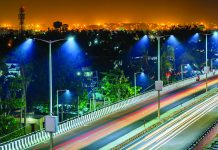 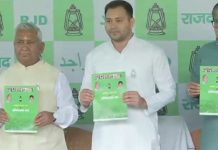