The death toll from a coronavirus outbreak in mainland China has risen to 1868, the National Health Commission said on Tuesday.

According to the Chinese government a total of 72,436 people are confirmed to have had the disease.

The virus, first emerged in December in Wuhan, the capital of central China’s Hubei province, and has spread to more than two dozen other countries.

WHO head Tedros Adhanom Ghebreyesus in a tweet said, “From today @WHO will be reporting all confirmed cases: laboratory & clinically diagnosed -WHO has developed guidance for managing public health events at entry points & mass gatherings.”

“In the past 24 hours #China has reported 2051 new #COVID19 cases, which includes both clinically- & lab-confirmed cases. As more data comes in from, we’re starting to get a clearer picture of the outbreak, how it’s developing & where it could be headed,” he added.

Indian government will be sending a consignment of medical supplies on a relief flight to Wuhan later this week to support China to fight the COVID-19 epidemic.

“GoI will send a consignment of medical supplies on a relief flight to Wuhan later this week to support China to fight the COVID-19 epidemic. On its return, the flight will have limited capacity to take on board Indians wishing to return to India from Wuhan/Hubei,” Indian in China tweeted. 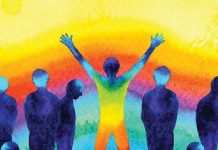