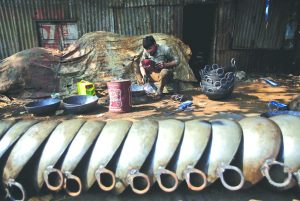 As 2019 comes to an end, it is time to review how Indian economy is fairing as we step into year 2020. Chief Economic advisor, Krishnamurthi Subsramanian informed on December 13, 2019 that the government is focusing on increasing consumption to boost economic growth. The Economic survey outlined a plan to make India $5 trillion economy with emphasis on driving up investment. On the consumption side, the government has taken steps to help the NBFCs and HFCs.

The government provided support to NBFCs/HFCs under the partial credit guarantee scheme. The government sanctioned support for 4.47 lakh crores to NBFCs & HFCs, which includes 1.29 lakh crores for pool buyout of assets.  The CEA informed that within two days of cabinet approval, 17 proposals worth more than 7,000 crores approved. Proposals worth 20,000 crores will be approved over next two weeks under the partial credit guarantee scheme.

The Ministry of Corporate Affairs ( MCA) Affairs ( MCA) informed that it has taken several landmark initiatives during last one year ( January-November ,2019). India has improved its ranking on the World Bank’s “Doing Business” 2020 report. As per the report, India has moved up 14 positions to 63rd position as compared to 77th position in 2018. India’s leap of 14 ranks in the Ease of Doing Business ranking is significant considering that there has been continuous improvement since 2015 and for the third consecutive year India is amongst the top 10 improvers.

The government has introduced “RUN — Reserve Unique Name” web service for name reservation for companies & LLPs, Re-engineering the Process of allotment of Director Identification Number (DIN), Zero MCA fee for company incorporation up to 15 lakh authorized capital, Condonation of Delay Scheme (CODS) 2017. It has come out with revised De-Minimis exemption under Competition Act 2002 for speeding up Mergers & Acquisitions of firms in the country.

Another step is introduction by CCI of an automatic system of approval for combinations under Green Channel. Under this process, the combination is deemed to have been approved upon filing the notice in the prescribed format. This system would significantly reduce time and cost of transactions. Another step is exemptions from various provisions of Companies Act to Private companies, Government Companies, Charitable companies, Nidhis and IFSC (GIFT city) companies.

The provisions relating to issue of shares with Differential Voting Rights (DVRs) modified with the objective of enabling promoters of Indian companies to retain control of their companies in their pursuit for growth and creation of long-term value for shareholders, even as they raise equity capital from global investors. Also the enabling provisions with regard to Mediation and Conciliation under the Companies Act, 2013 enforced. Another step is harmonising norms with SEBI by reducing the time limits of public offers so that investors get securities within three days of application instead of earlier six days.

The import of section 232(6) of the Act has been clarified which would result into harmonisation of practices in ascertaining the “appointed date” of merger/amalgamation and provide due clarity on the accounting treatment, thereby allowing stakeholders to align the “appointed date” of merger/amalgamation in accordance with their business considerations or legal requirements. Provisions relating to creation of Debenture Redemption Reserve (DRR) have been revised with the objective of deepening the bond market and reducing the cost of capital by removing the requirement for creation of a DRR of 25 per cent of the value of outstanding debentures in respect of listed companies.

The government has launched Independent Director’s Databank to provide an easy to access & navigate platform for the registration of existing Independent Directors as well as individuals aspiring to become independent directors. Setting up Central Registration Centre for name reservation and incorporation of companies & LLPs within 1-2 days as opposed to an average of at least 15 days earlier has been set up in the motion.

During the last three years more than 1,25,000 companies have been incorporated every year in the country in this manner, as compared to 50-60,000 companies in earlier years. Then there is dematerialization of Securities of Unlisted Public Companies, Companies (Adjudication of Penalties) Rules have been amended making the process transparent and non-discretionary.

National Guidelines on Responsible Business Conduct have been issued while process for withdrawal of more than 14,000 prosecutions under the Companies Act, 2013 initiated.

The Insolvency and Bankruptcy Code (Second Amendment) Bill, 2019 was introduced in the Lok Sabha on December 12, 2019. The Statement of objects and reasons of the Bill states that a need was felt to give the highest priority in repayment to last mile funding to corporate debtors to prevent insolvency, in case the company goes into corporate insolvency resolution process or liquidation, to prevent potential abuse of the Code by certain classes of financial creditors, to provide immunity against prosecution of the corporate debtor and action against the property of the corporate debtor and successful resolution applicant subject to fulfillment of certain conditions. 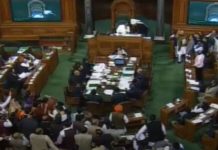