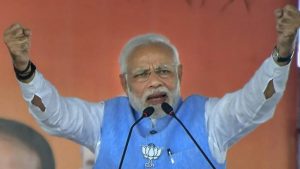 Prime Minister Narendra Modi on Sunday attacked Congress party, that it had threatened Supreme Court judges with impeachment when they tried to hear the Ayodhya dispute cases earlier this year.

Modi blamed Congress party for the delay in the construction of Ram mandir at the disputed site in Ayodhya.

Addressing a rally at Rajasthan’s Alwar district, Modi raised the Ayodhya issue and accused the Congress of disrespecting the Parliament of India by politicising the case. He further said, “Congress has no faith in democracy and judiciary.”

Modi accused the Congress of interfering in the Supreme Court’s proceedings on the Ram Temple-Babri Masjid case.

“Congress creates an atmosphere of fear for the judiciary. They tell the Supreme Court to delay the Ayodhya hearing due to 2019 elections. They do everything possible to impeach the Chief Justice.”

Prime Minister Modi tweeted, “new tricks of the Congress: Send lawyers to the Rajya Sabha. Obstruct key legislation. Armtwist the courts. And, if a Judge does not give verdicts they like then bully them with impeachment threats. Congress’ black deeds will not succeed till I am here.”

The Supreme Court had earlier refused to give an early hearing to the case and fixed January 2019 as the time when the court is expected to decide when it wants to hear the case.

A SC bench headed by Chief Justice of India Ranjan Gogoi, had said that the appropriate bench will decide the future course of hearing in January 2019 in pleas challenging the Allahabad High Court’s 2010 verdict on the Ram Janmabhoomi-Babri Masjid dispute.

Vishwa Hindu Parishad (VHP) and Shiv Sena held parallel programmes in Ayodhya on Sunday, demanding that the government should fast-track the construction of the Ram temple.

Shiv Sena chief Uddhav Thackeray asserted that Ram temple will be built in Ayodhya, irrespective of whether the BJP government returns to power next year. While speaking to the media, Thackeray said that he is in Ayodhya to express the sentiments of Indians and Hindus across the world, who are waiting for a Ram Temple.

VHP held a “dharma sansad” to discuss the way forward for the construction of the Ram temple. 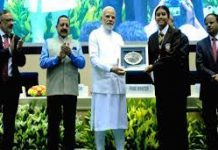