While Congress has dubbed the Rafale fighter aircraft deal as the “biggest scam” of the Modi government and sought a white paper on it, the Defence Ministry has called the allegations “unfounded”

The demand to disclose details of the Rs 58,000-crore deal for 36 Rafale jets such as its value was “unrealistic” as doing so might compromise India’s national security, the ministry said.

The Congress has demanded that the prime minister make a clarification on the issue, as other opposition parties took the ruling dispensation to task on several other issues.

“This government is playing with the security of the country. And one instance is the Rafale deal… It is the biggest scam. There is complete non-transparency,” said senior Congress leader Veerappa Moily in Lok Sabha on Wednesday.

He claimed various rules and regulations of defence acquisition were violated while doing the deal.

“Defence Minister has refused to disclose the details. The deal has left more questions than answers. It is time for prime minister to answer these questions and the government should bring a white paper on the deal,” he added.

In a statement, the defence ministry said the earlier UPA government had also expressed its inability to disclose the price of various defence procurements, including in its responses to Parliament questions, in keeping with confidentiality requirements.

Giving an item-wise cost and other information would reveal details about weapons systems and customisation of the jet, it said, adding that the government was bound by the confidentiality provisions of a 2008 Indo-France pact in not sharing details of the deal.

The government said “doubts” were sought to be created about the contract and insisted that the deal secured by the government was better in terms of capability, price, equipment and delivery than the one “notionally” negotiated by the UPA regime in a process which it could not conclude even in 10 years.

“Unfounded allegations are being made regarding the 2016 Inter-Governmental Agreement to procure 36 Rafale aircraft in fly-away condition from France. This would normally not have merited a response but for the serious damage being caused by the misleading statements, sought to be repeatedly perpetrated on a serious matter of national security,” the ministry reportedly said. 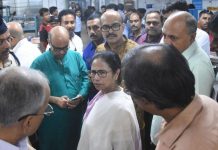 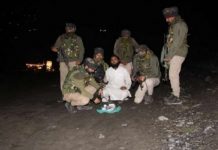