The Congress party on Wednesday released its manifesto for the upcoming Bihar assembly elections.

The manifesto was released by Congress leaders Randeep Singh Surjewala, Raj Babbar, Shaktisinh Gohil among others.

Referred to as “Badlav Patr”, the Congress manifesto promises includes loan waiver, electricity bill waiver and more. The manifesto also promised that it will reject the Centre’s farm laws if voted to power.

Earlier, Mahagathbandhan alliance in Bihar –the Rashtriya Janata Dal (RJD), Congress and Left parties released its poll manifesto for the upcoming assembly election in the state. 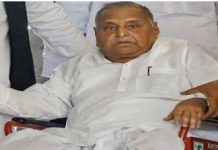