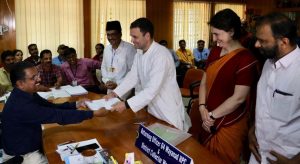 Congress president Rahul Gandhi on Thursday filed his nomination papers from the Wayanad Lok Sabha constituency in Kerala, the second Lok Sabha seat he is contesting apart from Amethi in Uttar Pradesh.

Rahul was accompanied by his sister and party general secretary Priyanka Gandhi Vadra.

Ahead of Rahul’s nomination, a huge crowd gathered outside the District Collectorate’s Office in Wayanad, Kerala.

Rahul will fight against the president of Bharat Dharma Jana Sena  (BDJS) Thushar Vellappally in Wayanad.

Vellappally’s party has an alliance with the Bharatiya Janata Party (BJP) in Kerala. 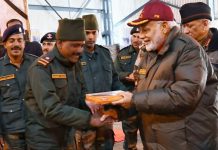