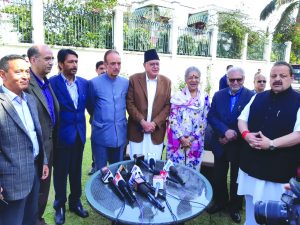 Amid the ongoing Lok Sabha elections, the political atmosphere in J&K is heating up. The parties are busy stitching up pre-poll alliance to strengthen their electoral chances and a new party J&K People’s Movement launched by the former IAS officer Shah Faesal has added a new factor to the charged situation – albeit Faesal has decided against contesting the Parliament election.

On March 20 Congress and National Conference decided to come together by entering into a seat-sharing pact in J&K’s six Lok Sabha seats. According to the arrangement, Congress will field candidates in two parliamentary seats of Jammu. Dr Farooq Abdullah will contest from Srinagar parliamentary seat in Kashmir Valley. Interestingly, the parties will have “friendly contests” in three places — Baramulla, Anantnag and Ladakh constituencies of Kashmir. This has been done to prevent the secular vote from splitting which would have been to the advantage of the BJP.

Although the PDP is not a part of the alliance, the party has also decided not to field candidates from the two parliament seats of Jammu in an obvious attempt not to allow the division of the vote in favour of the BJP.

“The opposition front is not functioning as it should have but we have taken a unilateral decision to not field candidates from these seats so that the secular vote does not get divided,” PDP president Mehbooba Mufti said.

Mehbooba herself is contesting from the Anantnag parliamentary constituency in Kashmir Valley where she will be up against the NC’s Hasnain Masoodi, a retired justice of the J&K High Court.

In J&K, the upcoming Lok Sabha poll is seen as a warm-up exercise for the possible Assembly polls which are expected to follow shortly after. Six parliamentary seats give J&K little political weight at the national level in matters of government formation at the centre. So, parties are more focussed on the Assembly elections which are fiercely fought by them – albeit, boycotted by a significant section of the people in the state.

For Kashmir-based political parties and also for a majority of the people, the ensuing general elections are of critical importance. There is now a strong undercurrent for a non-BJP government at the centre which is hoped to revise the BJP government’s militaristic policy towards the state. The past five years have seen the situation in the Valley go from bad to worse.

The central government under the BJP has abandoned the political engagement in favour of a muscular policy that believes in killing the way to peace in the state. The policy also abandoned the earlier efforts towards political resolution of the problem in Kashmir and aggressively pursued the assimilation and integration of the state into India. This has involved attempts to remove the legal safeguards guaranteed to the state by the Constitution of India.

The BJP is also perceived to be behind the delay in the Assembly polls in the state which a near-unanimous political and public opinion wanted to be held together with the Parliament polls. This delay is seen as deliberate as it has put the J&K under the central rule leaving New Delhi free to deal with Kashmir as it chooses. And should the BJP return to power at the centre, the people see little chance of an early holding of the Assembly election.

So, the Valley looks forward with trepidation at any prospect of the return of the BJP to power in the country and would rather want a Congress party or a secular opposition to make the new government. But then J&K has little role or political weight to influence in any measure the government formation at the centre, even though the situation in J&K becomes a major poll issue at the national level and does determine to a good extent how people vote.

A yearning for Assembly polls

Kashmir is hoping for a change of the government at the centre which would pave the way for Assembly election in the state and which is where all the action will take place.

So far, it is the National Conference which is appearing as the favourite to win Assembly polls. Not because there is some popular groundswell in support of the party but because it has become the default option for the people considering the endemic anger against the PDP following its disastrous coalition government with the BJP. And should the NC win the largest number of seats in the Assembly if not a majority, its preferable choice for a coalition would be the Congress.

In many ways thus the. PDP’s bitter experience with the BJP has once again made the Congress as the natural coalition partner of the mainly Kashmir-based parties like the NC and the PDP. Congress ruled the state from 2002 to 2014 as part of the two coalition governments – first one with the PDP and another one with the NC.

The party is now readying itself to be a part of a probable new coalition government with the NC. Hence an alliance between the parties for the Lok Sabha. Though the NC leader Devendra Singh Rana has said that the alliance with the Congress is specific to Lok Sabha polls, the arrangement is likely to be replicated for the Assembly election. The PDP is also pitching for a broader opposition alliance but has been miffed by the lack of reciprocity from the NC.

But should such an alliance come through during Assembly polls, it will make it exceedingly difficult for the BJP to retain its 25 seats in Jammu province, paving the way, in all probability, for an NC-Congress government in the state.

However, much also depends on which party comes to power at the centre following the general elections. A BJP government would put the J&K BJP once again on a stronger footing. And a Congress-led or backed coalition at the centre would make things relatively easier for the local Congress and the regional parties as they would be more open to being a part of it.. 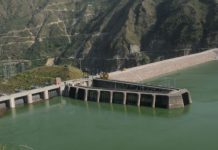 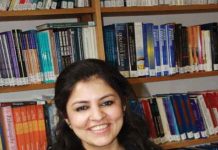