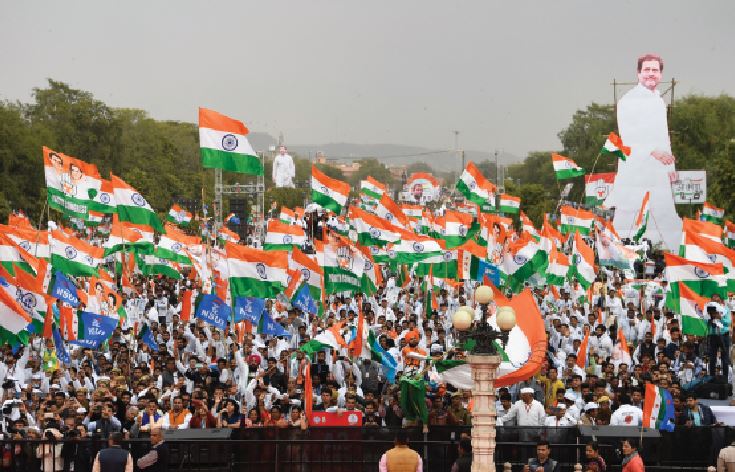 It’s patch-up time in the Congress party which is hopeful of getting a full-time president in the New Year 2021 and a possible upswing in its fortunes. Four months after the group of senior leaders, who came to be known as the G23, wrote a letter to Congress interim president Sonia Gandhi in August demanding thorough organizational reforms and a visible and active full-time party chief, she started a process of reconciliation in December to keep the flock together.

From all accounts, the key December 19 meeting between Sonia Gandhi and the dissenters marked a thaw in the relations between the Congress’ first family and the seniors who had been at sea since August.

In their letter, the G23 had pointed at the drift in party leadership and demanded collective decision-making, elections for all party posts right from the party chief down to the block unit chief as well as polls for the post of members of the Congress Working Committee (CWC), which has not seen any such exercise since 1998.

At a crucial CWC meeting in August, the dissenters had hoped the issues flagged by them would be discussed and sorted out but to their dismay, none of that happened. Instead, the dissenters came in for a shock when they got blasted by Sonia loyalists who questioned their motive.

Shortly after the CWC meet, some of the dissenters were accommodated in various party panels by Sonia to keep them in good humour and give them a sense of belonging but there was little progress on the issues the seniors had flagged.

It would have been business as usual for some more time but the party’s poor show in the recently held Bihar assembly elections provided an opportunity to the dissenters to question the leadership. As expected they faced sharp criticism from the Sonia loyalists revealing the divisions within the party.

Party veteran Kapil Sibal, one of the G23 members, had questioned the leadership over the Bihar results. “There has been no dialogue and there seems to be no effort for dialogue by the leadership. We are yet to hear on recent polls… Maybe Congress leadership thinks it should be business as usual,” said Sibal, who did not attend the Dec 19 meeting.

Leader of the Opposition in the Rajya Sabha Ghulam Nabi Azad, who had emerged a sort of leader of the G23, stressed on the need to change the Congress system. “Our party’s structure has collapsed. We need to rebuild our structure and then if any leader is elected in that structure, it will work. But saying that just by changing the leader, we’ll win Bihar, UP, Madhya Pradesh etc is wrong. That will happen once we change the system,” said Azad. 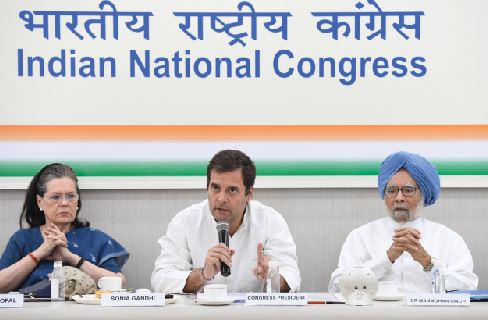 However, Azad and Sibal got a rebuke from Rajasthan chief minister Ashok Gehlot, a Sonia loyalist, party veteran Salman Khurshid and leader of the party in the Lok Sabha Adhir Ranjan Chowdhury, who suggested Sibal float his own party. “There was no need for Kapil Sibal to mention our internal issue in media, this has hurt the sentiments of party workers across the country. We have improved with each and every crisis. Even today, Congress is the only party which can keep this nation united and take it forward on the path of comprehensive development,” Gehlot said.

“When we do well, admittedly somewhat infrequently they take it for granted. But when we underperform, not even do badly, they are quick to bite their nails. If the mood of the electorate is resistant to the liberal values we have espoused and cherished we should be prepared for a long struggle rather than look for shortcuts to get back into power. If we are explicitly or implicitly willing to compromise with our principles to regain power we might as well pack up our bags. It is another matter that consolidation of our principled politics, like any cause, requires periodic re-appraisal and re-writing of strategy and logistics,” Khurshid said in a Facebook post.

Besides infighting, the high command was also concerned that any delay in addressing the issues of the seniors might push them further away from the party and may even induce them to damage the party internally. The division in the ranks led to the view that some kind of reaching out to the dissenters was needed to keep a united front. Work then started on a patch-up plan. But a patch-up plan took months to materialize partly due to Sonia’s ill health and partly due to the fact there was no go-between.

Sonia’s confidant Ahmed Patel, who used to play the role of a bridge between her and the party leaders, had been battling Covid-19 since October and passed away on November 25 leaving a big void. Finally, it took party veteran Kamal Nath, who had started his political career under the guidance of party leader Sanjay Gandhi and is considered close to Sonia Gandhi as well, to come forward and bring the dissenters and the high command to the negotiating table.

While the August CWC was conducted online, the December meeting was held as a normal interaction. The five-hour-long brain-storming session at Sonia’s official residence 10 Janpath, where her son and former party chief Rahul Gandhi and daughter and senior leader Priyanka Gandhi Vadra were also present along with select dissenters, was not to strike any hard bargains but talk to each other in a friendly atmosphere.

In a cordial setting, the Gandhis and the veterans discussed the challenges being faced by the party and the ways to overcome them over hot tea and kachoris.

“We discussed the future of the party. It was a constructive meeting in which senior leaders including Sonia Gandhi, Rahul Gandhi and Priyanka Gandhi discussed the current situation of the party and ways to strengthen it,” former Maharashtra chief minister Prithviraj Chavan said after the meeting. 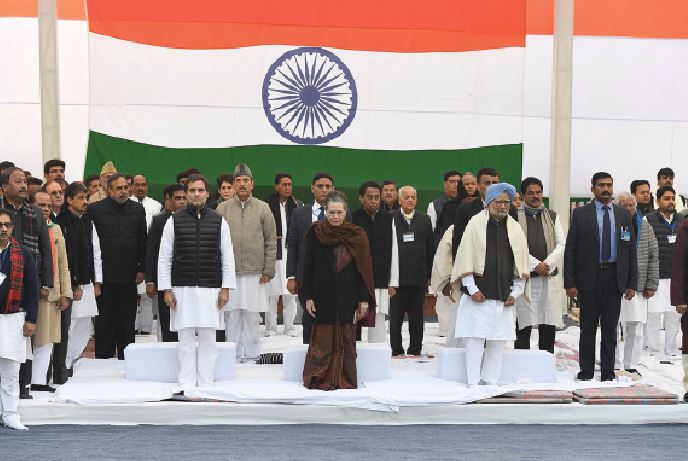 Though there was no major take away from the meeting, the gathering gave the dissenters a chance to talk their hearts out and allowed Sonia to reassure them that their concerns would be addressed to.

Broadly, these assurances relate to the demand for holding elections for the post of Congress Working Committee members and the post of the party president.

Like before, broad indications emerged that Rahul Gandhi, who was elected to the top party post in 2017 but resigned in 2019 taking moral responsibility for the party’s debacle in the Lok Sabha elections, may again be made the Congress chief.

Rahul’s remark that he was “ready to work for the party as desired by all” during the meeting was seen as an indicator of his return as the party chief.

As per the Congress Constitution, Rahul was elected as party president for a full five-year term in 2017 and if the CWC wanted he can be restored to the post through a resolution. This process saves the party the bother of going through the internal elections process given that Covid-19 is still not in control.

But in case the Gandhi scion was reluctant to take over in 2021, some insiders also discussed the idea of a proxy who can occupy the top post till 2022 though it is not clear how the Congress will gain from this arrangement in the long term.

This is because even after relinquishing the post of party chief, Rahul had been instrumental in running the party and was behind all key decisions.

In such a case, a proxy party chief would also ultimately need the endorsement of Rahul on all decisions that he or she makes for the party. A better way would be not to have duplicity over the leadership issue and let Rahul take over and reform the party to take on the future challenges.

The challenges are many given assembly polls in West Bengal, Assam, Tamil Nadu and Kerala in 2021, Uttar Pradesh in 2022, Rajasthan, Madhya Pradesh and Chhattisgarh in 2023 before the 2024 national elections. The party lost MP this year and Karnataka last year to BJP despite winning the states and had lost several lawmakers in Goa in 2017.

A day before the crucial December 19 meet Congress chief spokesperson Randeep Surjewala claimed there was no dissent in the party and that almost all party leaders wanted to see Rahul as the next president.

“Yes, the election of the Congress president will be held as per the electoral college…but we certainly feel and many people like me feel that Rahul Gandhi should lead the Congress party from the front. The final call will be his,” said Surjewala.

Former union minister Pawan Bansal, who was recently made the in charge of administration and has been given the additional responsibility of AICC Treasurer after Ahmed Patel’s demise, said the meeting was positive and all the leaders suggested ways to make the party stronger.

While the Panchmarhi session was organised in September 1998 when Sonia Gandhi had just taken over the party’s reins, the Shimla session was held later in July 2003, where the party decided to forge an alliance with like-minded parties ahead of the 2004 Lok Sabha elections where the Congress-led United Progressive Alliance came to power defeating the NDA government led by then prime minister Atal Behari Vajpayee.

Soon after the December 19 meeting, the Congress got into the action as Sonia Gandhi appointed three All-India Congress Committee secretaries each for Assam and Kerala, where Assembly polls are due early next year. The newly appointed secretaries will assist the general secretaries in charge of the two states — Jitendra Singh for Assam and Tariq Anwar
for Kerala.

The Congress made changes in the Mumbai Regional Congress Committee bringing in Bhai Jagtap as the new MRCC chief in place of veteran Eknath Gaikwad and named senior leader Charan Singh Sapra as working president.

The next in line could be Rajasthan where the bitter feud between Chief Minister Ashok Gehlot and former deputy chief minister Sachin Pilot has subsided for now but the issues that led to the flare-up have not been resolved. There is a talk in the party that a new state unit may be announced soon in Rajasthan where the BJP recently did well in the panchayat polls. 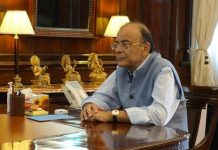