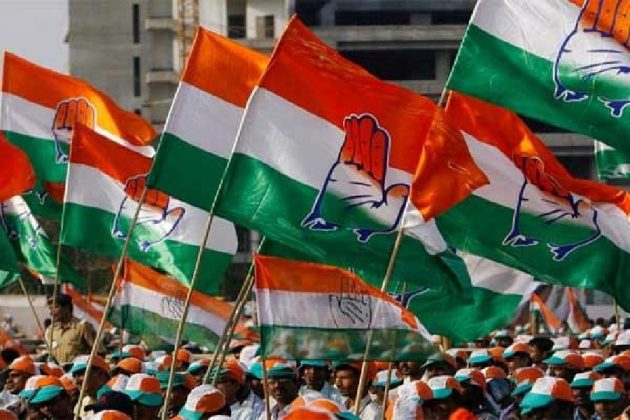 Election after election, Congress has been consistently decimated. When the BJP under Narendra Modi and Amit Shah swept to power at the Centre in 2014, the Congress ruled in nine states. Now with the loss of Punjab, the number of States where it is in power of its own is down to just two. In the last eight years since 2014, the Congress has won just five of the 45 elections held in the country.

The most ironic is its fading in Punjab where it looked all set to win, less than a year ago. Call it infighting or mishandling by party high command, it lost badly and its chief minister Charanjit Singh Channi who contested from two seats, lost from both. The PCC President Navjot Singh Sidhu too lost. Similarly in Uttarakhand, it was hopeful for a victory but the party lost with its former chief minister, Harish Rawat losing elections from Lalkuan. From Uttar Pradesh where party leader, Priyanka Gandhi Vadra contested on the slogan of “ladki hun, lad sakti hun” and crisscrossed the entire state and also from Goa and Manipur, there was no consolation for the party.  It is becoming increasingly clear that Nehrus and Gandhis seem to have entirely lost their charisma to pull in votes but are just targets for dynastic whipping.

The rout of the Congress does not bode well for the party and for a healthy democracy, which needs a strong opposition, because the recent elections were fought on the premise of a “semi-final” for the 2024 parliamentary election. The results of the latest round of assembly elections show that the BJP is well placed to win again in 2024.   There now remains no doubt that come 2024 and it would pit the BJP not against the Congress but a coalition of regional parties, may be sans Congress.  The Gujarat and Himachal Pradesh elections, later this year, the Karnataka election in mid-2023, and polls in Chhattisgarh, Madhya Pradesh and Mizoram in November and Rajasthan in December the same year, could well decide the party’s future. Its hope of wresting back Himachal Pradesh from the BJP later this year in the absence of six time chief minister, Virbhadra Singh, who died last year, stands a slim chance. In the two states it still rules, Rajasthan and Chhattisgarh, which go to the polls next year,  there is huge infighting. It is a grim reminder for the grand old party to reform or else by the 2024 General Election, it may remain in power in no state at all.

Democracy needs a strong Opposition to hold the government to account. Indeed regional parties are gearing up and so is Aam Aadmi Party but a motley collection of parties each eyeing the Prime Minister’s post, does not suit the best interests of a vibrant democracy. Less than a decade old AAP is the only political party other than the BJP and the Congress that is in power in two States and it has to be an important constituent of the political grouping that comes together to take on the BJP in 2024.