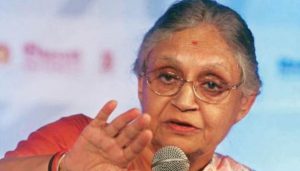 Sheila Dikshit, three-time Delhi Chief Minister, is among the candidates the Congress named on Monday for six of the seven Lok Sabha seats, ending months of speculation over the party’s possible alliance with the Aam Aadmi Party (AAP)