The Congress candidate Shafia Zubair Khan from Ramgarh seat on Thursday won by a margin of over 12,000 votes.

The outcome has come as a big boost to the Congress with the victory in Ramgarh bypolls, the party has now 100 seats in assembly.

Last month the Congress had formed government in the state under Chief Minister Ashok Gehlot’s leadership. 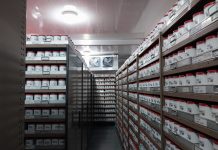