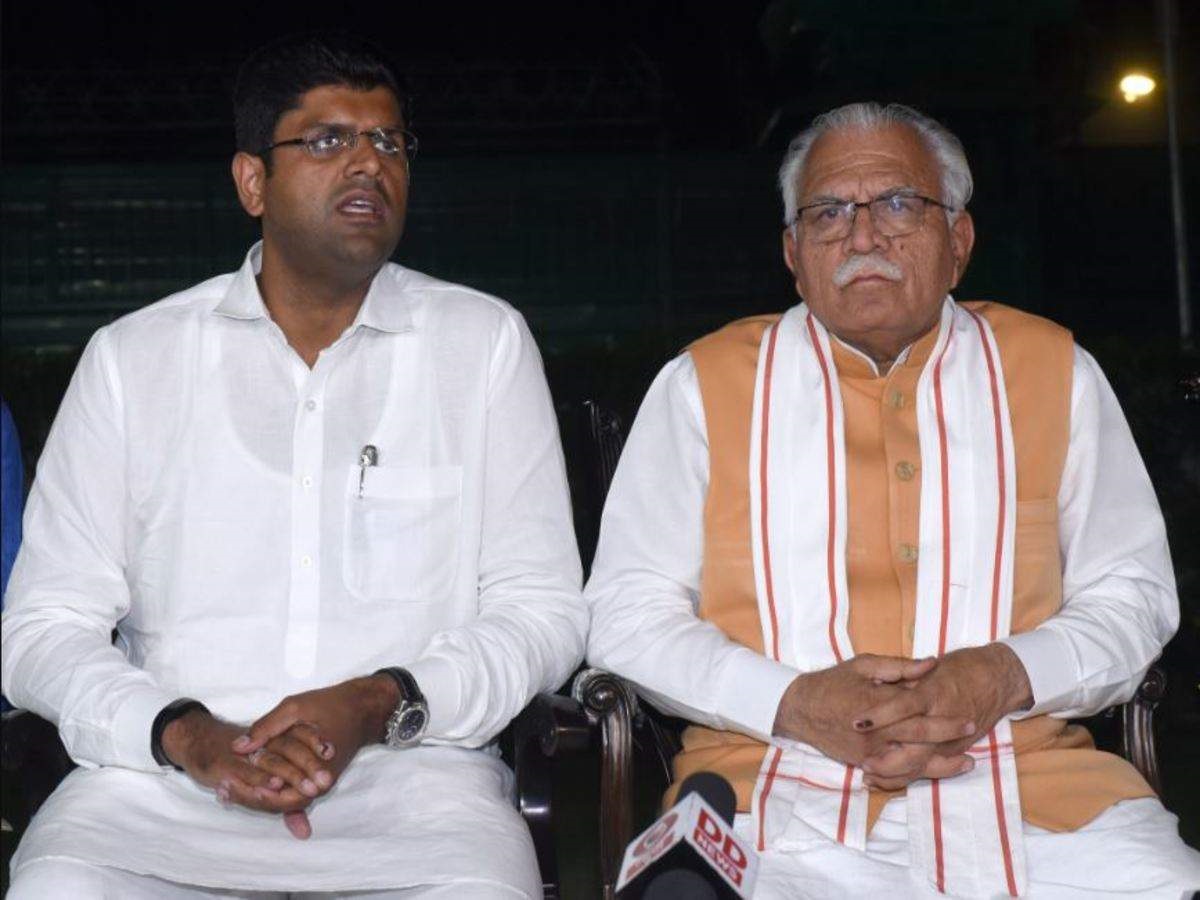 The ruling BJP-JJP coalition government in Haryana may hate to admit it, but the state’s main opposition party Congress seems set to unremittingly embarrass the government for the recently exposed job scam in the Haryana Public Service Commission (HPSC), reports Rajesh Moudgil

The high-profile job scam in the Haryana Public Service Commission (HPSC) has not only blighted the state Bharatiya Janata Party (BJP)-Jannayak Janta Party (JJP) coalition government led by Manohar Lal Khattar which has been tom-tomming its fairness in recruitments, it has also given the opposition Congress ample ammunition to incessantly embarrass the state government.

This is despite the arrest of some of the main accused and the arrest and the dismissal of the deputy secretary of Haryana Public Service Commission (HPSC) Anil Nagar, an HCS officer, from the services.

The dismissal order issued by Haryana chief secretary Sanjeev Kaushal on behalf of the Governor reads that competent authority had decided to award punishment of dismissal from service to Anil Nagar for bringing severe disrepute to the state government. It also meant disqualification from future employment under the government.

Nagar was arrested along with two others, Ashwini Sharma of Jhajjar and Naveen of Bhiwani, by the Haryana vigilance bureau for their alleged role in manipulating answer sheets of the candidates. They were nabbed in September by the state vigilance bureau in a close operation with the intelligence wing of the chief minister’s cell on the basis of a secret tip-off. A first information report (FIR) was registered on November 17 last while Nagar, who was overall in charge of the examination, was suspended the next day and dismissed from service a few days ago.

According to official information, a cash amounting to Rs 3.5 crore has already been seized, while a handwritten list of roll numbers of Haryana civil services (HCS) exam candidates was also recovered from Nagar. According to information, of the total 32 roll numbers, 15 were of HCS (of whom five had cleared preliminary examination) and 17 of dental surgeon candidates of whom 13 had passed.

This has given ample ammunition to the Congress, the main opposition party in Haryana to go all guns blazing after the ruling government. While its leaders have torn into the government alleging a bigger conspiracy with the involvement of some top officials, they have also held demonstrations to highlight the scam.

Cong to raise the issue in House 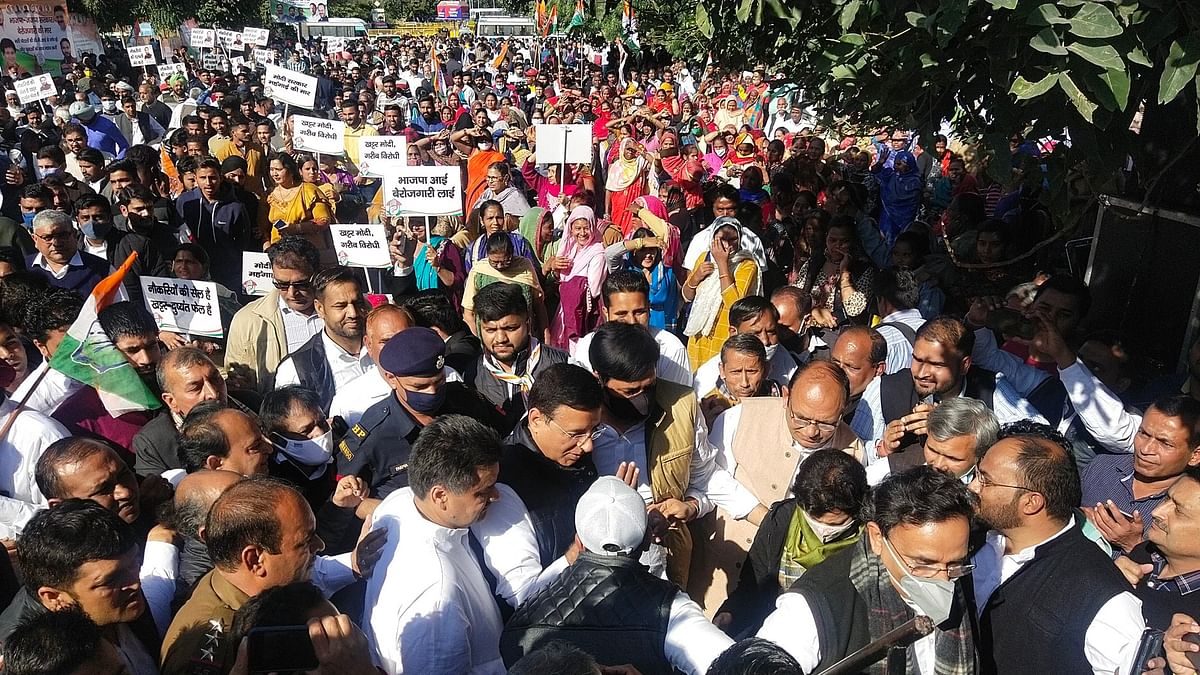 The Congress Legislature Party (CLP) in its recent meeting held under the former chief minister and the leader of opposition Bhupinder Singh Hooda has also decided to raise the HPSC recruitment scam – besides the issues pertaining to shortage of DAP and urea, deteriorating law and order situation, interference in university recruitments, vacant posts of different departments, especially in health department amid Covid spread – in the upcoming assembly session.

Hooda has also demanded an investigation into the recruitment scam under the supervision of a sitting High Court judge. He maintains that an official of the rank of the deputy secretary of the HPSC alone cannot carry out such a huge recruitment scam. Led by Hooda, the Congress MLAs have also submitted a memorandum to the governor and demanded a high-level inquiry into the matter.

The memorandum said that apart from the said recruitment scam, the HCS officers selected in 2004 were chosen and appointed in 2016, despite various irregularities. The Congress legislators also sought an inquiry into these appointments which they alleged were made in disregard of the inquiry report of the state vigilance department.

Hooda says that the scam has also exposed the tall claims of the government about transparency, honesty and recruitments-on-merit. He also lambasted the government for distancing itself from the corruption in the recruitment and asked that if the people sitting in the government did not have any involvement in this scam, why is the government not getting a high-level judicial inquiry conducted into the matter?

The Congress general secretary Randeep Surjewala along with Tosham MLA Kiran Choudhry also alleged a bigger conspiracy in the wake of the HPSC chairman and members advising the Governor to not conduct an inquiry against Anil Nagar. “Is it because it may lead to a bigger conspiracy coming to light, where top officials could be exposed?” Randeep asked.

Randeep further asked that when the record of dental surgeon and HCS recruitment with Nagar have been declared invalid, then why the recruitment has not been cancelled. Kiran said she had moved an adjournment motion on job scams in the HPSC and HSSC in the upcoming session. Stating that the HPSC chairman and HSSC chairman, and members of both the commissions had not been questioned yet, she asked if there was an attempt to cover-up.

Alleging that as many as 32 papers were leaked in the last seven years and every job was put on sale, Randeep held that the future of Haryana’s youth had been pushed into an abyss of darkness.

A series of protests

Meanwhile, the Congress workers and several legislators held a demonstration during which they were detained by the police and let off after about two hours last week. The leaders who participated in this protest included Haryana Congress party affairs in-charge Vivek Bansal and state party president Kumari Selja and AICC general secretary Randeep Surjewala besides several former ministers and senior legislators.

Selja also alleged that this recruitment scam seemed bigger than the ones of the past. Further alleging that HPSC and Haryana Staff Selection Commission (HSSC) had become a hotbed of recruitment scams and were playing with the future of the unemployed youth of the state.

Alleging further that these commissions had proved to be incompetent, she sought that new commissions be formed and all the disputed recruitment examinations, re-conducted. She held that over 30 paper-leak cases had come to light during the seven-year tenure of the BJP government led by chief minister Manohar Lal Khattar, who claimed all the recruitments were far.

A few days earlier, led by state Youth Congress president Divyanshu Budhiraja, several of the YC members had also held a demonstration in front of the HPSC building against the said scam. 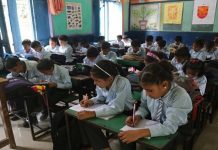