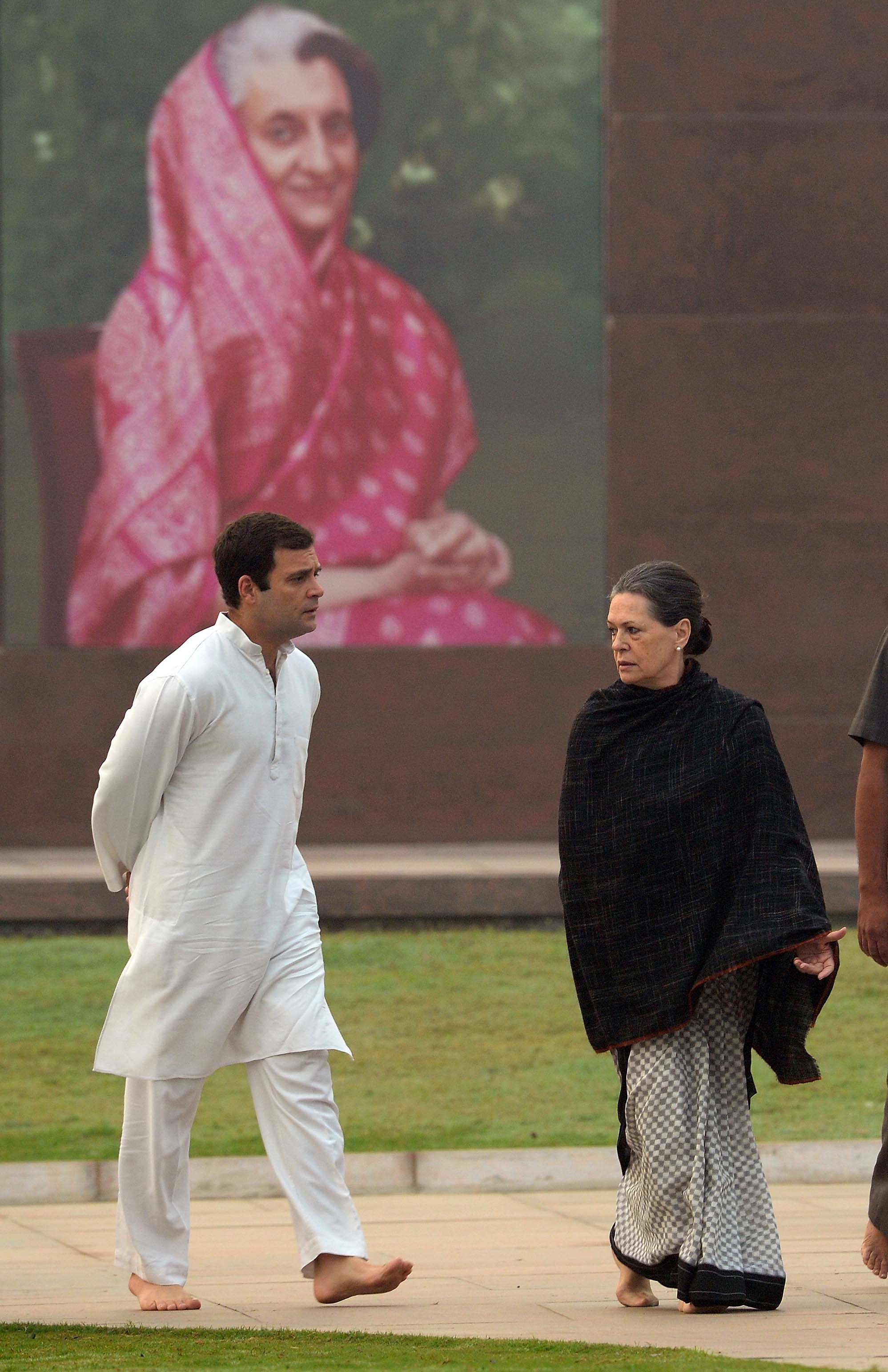 Irrespective of the poll results or the fact that a non-Gandhi will take over the reins of the party, it is clear that the remote control of the party will remain in the hands of the Gandhis.

To detail present events, it is imperative to dig into History: the History of a 100-year old Party, currently facing a crisis.

It would be incorrect to say that this is its worst crisis because the way things are unfolding it is difficult to say whether the worst has already happened or is yet to come.

Delving into pages of the Congress’ History and the one-family stranglehold over it, one can begin with Motilal Nehru whose moment of happiness was to see his son succeed him as Party President. If some were taken aback by these developments, others were critical of Mahatma Gandhi’s preference for Jawaharlal over Sardar Vallabhbhai Patel.

If media reports of the time are anything to go by, apart from being “odd for a son to succeed his father”, there was angst that Patel’s contribution had been overlooked.

Reports have it that Jawaharlal Nehru’s mother Swarup Rani too reached out to Gandhi to push for her son: “Motherly love” as a few insiders chose to describe the intervention of Jawharlal’s mother.

What was then considered “odd” later became a norm: a done thing as it were. As also “motherly love” be it Indira Gandhi’s for her sons, Sanjay and Rajiv in that order or Sonia Gandhi’s for Rahul.

That Indira Gandhi was grooming Sanjay as her political heir is well known. Equally, Sonia Gandhi, too, would give her right arm to see her only son plunge deep into politics.

Except that Rahul, like his father, Rajiv Gandhi, is not interested. Neither is he cut out for it.

But then neither was Sonia Gandhi but once there, she adapted to it as few would. And call it what you will, “motherly love” or a “son syndrome” she will do what it takes to ensure that Rahul Gandhi remains centre-stage.

After Rajiv Gandhi’s death, Sonia shut herself out from the world. She also shunned every offer to take over from where her husband had left off. For seven long years after her husband’s death, she kept away from active politics

Yet, once she took the plunge, she steered the Party as its longest serving President between 1998 to 2017. After that she did take a back seat leaving the stage for her son who is a one step forward and two steps back kind of a politician.

If his recent Bharat Jodo yatra is a step in the right direction, his sudden vacations have shown him up as a non-serious player in the 24×7 business of politics.

When it came to the Party and his steering it as President, Rahul gave up within two years. This led his mother to fill in as interim President even while she made it known that this is a stop gap arrangement.

But rumblings, rebellion and exodus of senior leaders forced their hand to alter the status quo. The demand for organizational elections grew by the day and the Gandhis were left with no option but to give the go-ahead for Party elections.

And with this began the circus. The first to throw his hat in the ring was Thiruvananthapuram MP Shashi Tharoor. Soon after Rajasthan Chief Minister Ashok Gehlot, till then a trusted aide of the Gandhis, followed suit.

Speculation was rife about who the Gandhis would ultimately bless or “allow” to remain in the fray, despite Sonia Gandhi’s claim of remaining neutral.

From the look of the things, it appeared that Gehlot was the frontrunner given that he, more than Tharoor, was counted among the loyalists.

Tharoor, it may be recalled, was part of G-23, a group of senior leaders of the Congress who had demanded reforms in the Party.

All looked good till Gehlot’s supporters messed it up. They raised a banner of revolt and refused to back the High Command’s choice of Gehlot’s successor as Rajasthan Chief Minister.

Public embarrassment apart, the revolt also sent a message that the Gandhis were losing control over a Party that till recently was in their grip.

Sonia Gandhi was miffed and understandably so. Gehlot opted out of the race.

Enter Digvijay Singh and another act played out, with him pulling out within a day of announcing that he will contest. Like most, Singh had not bargained for Mallikarjun Kharge to step in.

But once Kharge did, it was clear that he had the support of the powers that be. In other words, Kharge, was unofficially the “official” candidate.

Even while battlelines were drawn in the “friendly match” as Congress leaders chose to describe the contest, it was clear that Kharge was Gandhi’s own and in that sense the frontrunner.

Irrespective of the results or the fact that a non-Gandhi will take over the reins of the Party, it is clear that the remote control of the Party will remain in the hands of the Gandhis.

This despite Rahul Gandhi’s assertion that the new President will have a free hand. That there is a gap between what is said and what happens is well known.

That apart one cannot fault the Gandhis for wanting to have a say in the way the Party functions given that the family has had a hold for years on end. Also, their larger-than-life persona would loom over the incumbent.

Under the circumstances, the obvious question one would ask is: why this shadow boxing and not leading from the front? Why the reluctance to take things head on?

Rajiv Gandhi downwards, reluctance is the hallmark of the Gandhis. While much of it is inherent, part of it is staged.

On their own, Rajiv, Sonia and Rahul would keep away from politics unless pushed. But this also works as a strategy because it shows them up as people who are neither interested in power or position. This works well because Indians being sentimental as they are, anyone who shuns power is hero worshipped.

For instance, the people of India never forget to mention Sonia Gandhi’s “sacrifice” and her turning down the offer of being Prime Minister of the country when it came on a silver platter. On that score, Rahul Gandhi’s reluctance to take over as President fits the bill.

Refusal has another advantage: it gives the Gandhis power without accountability. In this context critics cite the example of Sonia Gandhi being the power behind Prime Minister Manmohan Singh’s throne.

History, they feel, will repeat itself in case of the Congress chief too. That said, it is clear that between Kharge and Tharoor, the octogenarian is a better bet and would perhaps be more pliable than Tharoor who would like to carve his own niche.

Also, his wooing the young, like he has made amply clear he would, could cast a shadow on Rahul and interfere with a constituency that Rahul would wish to influence.

Another advantage of refusing to be President leaves enough time for Rahul Gandhi to build himself and connect to the nation instead of spending time in the nitty gritty of Party affairs.

The reported success of Bharat Jodo Yatra demonstrates that Gandhi scion coming out on the street and rubbing shoulders with commoners could pay dividends and shape him up as one who could be a contender for playing a national role in the future.

Whether that happens or not only time will tell but being visibly out of the scene and yet being deeply entrenched in the goings-on without responsibility is, politically, a good strategy.