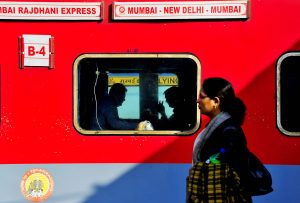 Union Ministry of Railways has decided that confirmed railway tickets can now be transferred to ones blood relations. Other categories of passengers can also avail themselves of such facilities. In the event of such transfer of confirmed ticket, status of confirmation will remain intact. Earlier, in the case of a passenger in a confirmed ticket in a group of six or less family members not travelling either the full confirmed ticket was cancelled or the party could travel with one vacant berth or seat and so.

If a person is holding a confirmed ticket and is unable to travel, then the ticket can be transferred to his/her family member like father, mother, brother, sister, son, daughter, husband or wife. In such case, a written request will have to be made to Passenger Reservation System (PRS), that is ticket counter at least 24 hours before scheduled departure of the train with identity proof. Government officials can transfer to other Government officials. Similarly, students can transfer ticket to other students.

So far, a berth or a seat reserved in the name of a person could be used  only by the person and would not be transferable to any other person. Chief Reservation Supervisor at stations has now been authorized by the Railways authorities  to permit the change of name of a passenger with a reserved seat or berth in his/her name with a rider that a passenger is a Government servant proceeding on duty and appropriate authority makes a request in writing  24 hours before the scheduled departure of train.

Other categories of passengers covered under the reserved ticket transfer scheme are students, members of marriage party, cadets like National Cadets Corps (NCC). Where the passengers are students of a recognized educational institution and the head of that institution makes a request in writing 48 hours before the scheduled departure of the train, that the reservation made in the name of any student be transferred to any other student of the same institute.

Where the passengers are members of a marriage party and any person deemed to be Head of such party makes a request in writing 48 hours before the scheduled departure of the train that the reservation made in the name of any member of the marriage party be transferred to any other person.

Where the passengers are a group of cadets like NCC and head of such group makes a request in writing at least 24 hours before the departure of the train that the reservation made in the name of any cadet be transferred to any other cadet.

Such request can be made only once. However, in the case of students, marriage party and cadets like NCC, such request for change in excess of 10 per cent of the total strength of groups can not be granted.

Necessary changes in the software of computerized passenger reservation system have been effected, accordingly.

This most passenger friendly decision of the Railway Board is intended to benefit railway users hugely. With its implementation in the days to come, transfer of confirmed railway ticket is expected to be further liberalized!