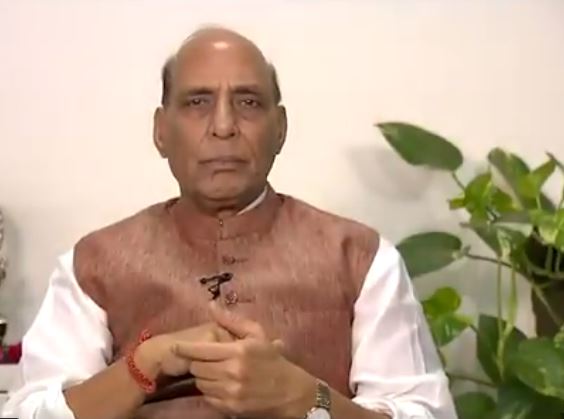 Defence Minister Rajnath Singh on Saturday said that he spoke to Madan Sharma, the retired Naval officer who was attacked by Shiv Sena workers in Mumbai.

He said that such attacks on Ex-Servicemen was completely unacceptable and deplorable.

“Spoke to retired naval officer, Shri Madan Sharma who was attacked by hooligans in Mumbai and enquired about his health. Such attacks on Ex-Servicemen is completely unacceptable and deplorable. I wish Madanji a speedy recovery,” Rajnath tweeted.

A 62-year-old retired Navy officer was beaten up by alleged Shiv Sena workers after he shared a cartoon on Maharashtra Chief Minister Uddhav Thackeray on WhatsApp.

Sena workers were arrested in connection with the incident but were released later.

Former Maharashtra CM Devendra Fadnavis today said that the assaulting of a retired Naval officer in Mumbai by Shiv Sena workers is a kind of ‘state-sponsored terror’ situation.

Fadnavis’ comments came after bail was granted to the Shiv Sena workers arrested for the assault.

He also said that he had appealed to CM Uddhav Thackeray to ‘kindly stop this goonda raj (hooliganism)’.