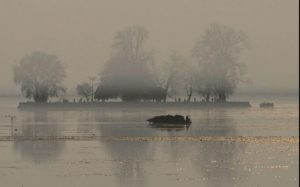 Kashmir is experiencing an intense cold wave over the past one week, with night temperatures descending to record lows.

On Thursday night temperature in Srinagar plunged to minus 7.6 degree Celsius, which is first  drop of this level in 28 years.
This has caused water supply lines and taps to freeze creating a lot of inconvenience for the people. Many water bodies including Dal lake have partially frozen.
Last time, Srinagar experienced the coldest night was  on December 7, 1990 when temperature dived to minus 8.8 degree Celsius.
The state’s meteorological office sees further drop in the temperature in the days to come. However,  there is no forecast of immediate snowfall.
The Valley received its first snowfall in the first week of November. Ever since, the weather has largely remained dry which, in turn, has added to the cold.
Chillai Kalan, the Valley’s harshest 40 day winter period began on December 21. There has been a progressive decline in temperature since. 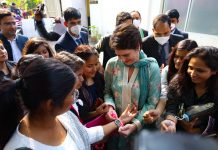 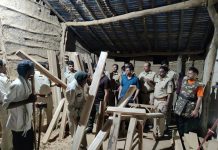