It is a Code Red for humanity,’ cautioned the secretary-general of the United Nations while releasing a mammoth report on Climate Change on August 8, acknowledging that human activities are responsible for the rising temperatures. The panacea lies in checking emissions, writes AMIT PARKASH SINGH

The harsh words from the secretary-general remind me of the famous play, The Tempest, written more than five centuries ago by the famous actor, poet and playwright William Shakespeare. At that time the problems might not have been so severe but the writer did feel that the exploitation of natural treasures may end sooner or later. This play gives a similar perspective to present-day eco-critical interpretation of nature and man’s role and over-exploitation of natural resources. In the play, a native of the land reminds the owner of the land that “This island’s mine, by Sycorax my mother, Which thou takest from me. … — All the charms of Sycorax, toads, beetles, bats, light on you! For I am all the subjects that you have, Which first was mine own king; and here you sty me In this hard rock, while you keep from me The rest of the island”. Later, the owner of the land realizes his greed, his powers to mesmerize the workers and realizes that the exploitation of nature is not good. He returns to his city home.

It is ample clear that indulgence for control over the natural resources only leads to natural crises akin to present-day plundering of nature.

The UN report is an eye-opener for all the heads of nations and top CEOs of multinational companies to ponder over the problems and follow the guidelines. The United Nations Intergovernmental panel on climate change has warned the nations that if there is no global consensus on making the world carbon free, the devastation of nature would not stop. Human influence and indulgence has threatened the atmosphere, oceans, space and land.

The authors engaged to prepare the report on behalf of the Intergovernmental Panel on climate change have claimed that this is the sixth global science assessment since 1990. The 3940 page long report with all the charts, maps, graphs and statistics is the result of hard and arduous work of more than two hundred scientists from different countries after thousands of experiments and studies. This report is considered quite authentic and it intends to establish a powerful global consensus among the heads of countries before the next UN conference of UNSCOP 26. This conference was earlier scheduled to take place from November 9 to November 19, 2020 at Glasgow in Scotland but it was postponed due to Covid-19 pandemic. It is now slated to be held from November 1 to 12, 1921.

It is believed that this report would be able to admonish the heads who were signatories to Paris Conference pledging to reduce green gas emissions to keep global warming below 20C. In the Paris Agreement, 197 heads of nations had participated, and they had agreed to reduce the global temperatures from rising. The young environmentalist from Sweden welcomed this report and said that people should rely only on scientists and their reports to save themselves from the fury of nature. “I myself follow their guidelines in my simple life. I cycle to my college and I buy second-hand dresses so that I may contribute to save this environment.” said Greta Thunberg on the study. The scientists say that it is necessary to understand global warming and climate change. These are different but capable of destroying nature. Climate change is a long-term alteration of temperature and typical weather patterns, while global warming refers to the rise of global temperature due to the increasing concentration of greenhouse gases in the atmosphere.  For the record, India is the third largest polluter in the world. The benchmark is to maintain the global warming temperature at 1.50C. Prime minister Narendra Modi, too, had emphasized on the use of Hydro power energy while speaking from the ramparts of Red Fort in New Delhi.

The experts think that it is the impact of global warming that the ice is melting worldwide. This is so because earth’s north pole and south pole are under pressure of global warming. The melting of ice contributes to rise in sea level. The heat melts glaciers and sea ice shifts its precipitation patterns and forces animals to move. The recent rapid climate disasters in the world have cautioned humanity. The severe flooding in Germany, Netherland, Belgium, Switzerland, Greece, China and India are examples of coming catastrophe. The large wild forest fires in California in the US, Canada and even in cold places on earth like Siberia are warnings to us. According to the experts, the climate change has resulted in extreme flooding but situation is so grave that even exact forecast beforehand were not possible. This was a combination of extremely heavy rain and a slow-moving storm which contributed to the flooding.

The prime minister of Greece, Kyrikos Mitsotakis, has appreciated the UN report and expressed his desire to implement the same to save the environment. He was mostly worried about the wild forest fires spreading fast. However, he said that more than six hundred miles of forest land is currently engulfed in fire though fire-affected nations and EU are assisting to douse the fire.

In India, there are reports which alert us about the dangers of melting glaciers in Himalayan region and about the coastal cities, which may submerge in parts, if there is considerable rise in sea level. As per reports, the coastal state of Goa, famous for its beaches, may get affected. Similarly, Chennai and Kolkata may get flooded. This year, abnormal rains and floods might be the outcome of climate change. Neighbouring Pakistan, at Karachi, experienced the highest rainfall.  There are at least 26 cities in the US including New York and San Francisco which are most vulnerable to climate change. On the other hand, there are instances of winter getting harsher. In the early part of this year, the Netherlands experienced its first major snowstorm in at least a decade.

“The White House appreciates this UN report on Climate Change.” said John Kerry, US President’s special envoy on climate change. He said the leaders of more than 96 countries would meet shortly. During the meeting, the global environment situation would be reviewed and their proposals to make the world carbon free and the total ban on the use of fossil fuels would be considered. It is necessary that the nations use more hydro power and focus on use of natural renewable energy. He appreciated that China is economically stronger and its ambition is to be a strong power. It is working dutifully on these issues. We have to check how China is working on its green belt initiative.

To strengthen the global response to the threat of climate change, there is an urgent need to ensure deep cuts to the emission of greenhouse gases to keep global warming below 1.50C. During the years from 2030- 2050. It would be only then that the threat of droughts, longer dry spells, flooding, storms, forest fires, ice melting on north and south poles and Himalayas could be averted.  The Code Red is an expression which is stern and blunt as there are dangers of poverty and sustainable development. The scientist’s hope that the emissions can be cut by 2030 and reach at net zero by the middle of this century. That would be good. The great environmentalist, philanthropist and people’s advocate Sir David Attenborough sums up, “Cherish the natural world because you are a part of it. And you depend on it.” 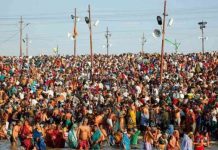