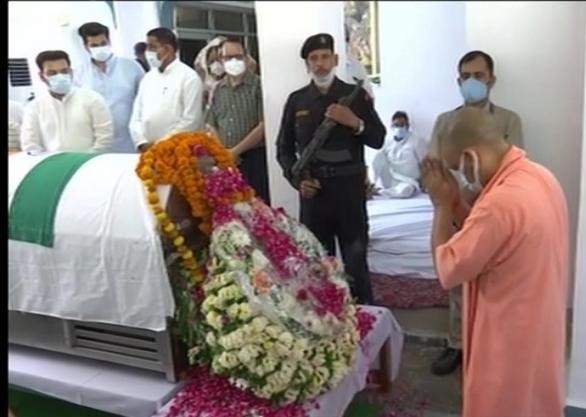 Former UP chief minister Kalyan Singh died on Saturday due to sepsis and multi-organ failure.  He was admitted to Sanjay Gandhi Post Graduate Institute of Medical Sciences on July 4 in a critical condition.

“He is known as the Ram bhakt of the nation. From the airport to Aligarh, the people of Uttar Pradesh have huge respect for Kalyan ji. I pray to God Ram to provide us strength to fulfill his dreams,” said Yogi Adityanath.

Appreciating the developmental works under Mr Singh’s tenure, Yogi Adityanath said, “Prior to Kalyan ji’s resignation in 1992, he undertook developmental works for the poor and downtrodden. He was not just a leader promoting a particular caste or community but worked for the welfare of all people. He believed in Pandit Deen Dayal Upadhyaya ji’s teachings. He was a RSS leader in its truest form.”

“Unlike his opposition parties who, in the name of occupying the Chief Minister’s post, slammed the Ram Mandir movement, he was a leader of the masses,” he added.

After the demise of Kalyan Singh, BJP leaders in Aligarh retold their demand to name the newly constructed mini airport after the former chief minister. 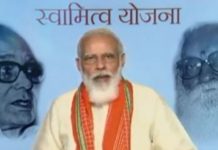