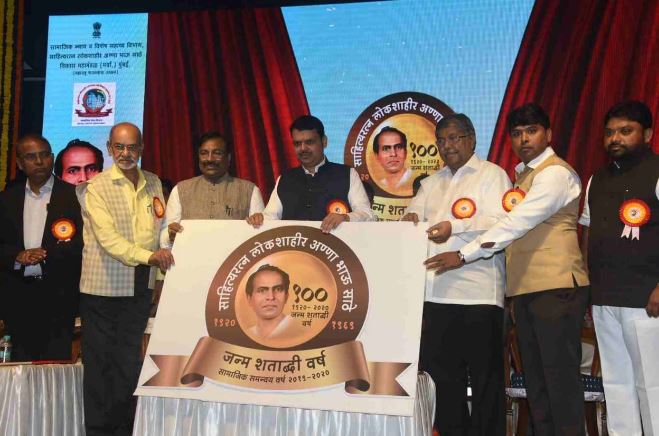 Sahitya Ratna Lokshaheer Annabhau Sathey became the voice of the deprived. He continuously focused on their problems in his literature and writings. During his birth centenary year it would be the endeavour of the government to take all the schemes made for the deprived sections of the society and to strive for their all-round development. Similarly, the government would give 11 lakh houses to Matang Community besides developing them, said Chief Minister Devendra Fadanvis.

He was speaking at the special program organised at Rang Sharada Auditorium, Bandra to commemorate the birth centenary of Annabhau Sathey.

Chief Minister Fadanvis further said that the late Annabhau Sathey in his tough life of 49 years became the voice of the deprived and neglected sections of the society. His literature became the global attraction and has been translated in 27 languages which itself is a record of sorts. This is the distinguishing feature of his literature; he said adding that special efforts will be made to take his literature and thoughts to the last strata of the society in his birth centenary year.

The government will fully support and contribute to the efforts for uplift and development of Matang community, Fadanvis assured announcing that one lakh houses will be given to Matang community. The Chirag Nagar Memorial of Annabhau Sathey will be completed soon. In Pune, five acre land has been reserved for Lahuji Salve memorial. Necessary funds have been released for this memorial. A film based on his life will also be made and requisite funds will be released for the same. Implementation of recommendations made by Lrantiveer Lahuji Salve Matang Samaj Abhyas Ayog for the development of Matang community will be done, said Chief Minister Fadanvis. 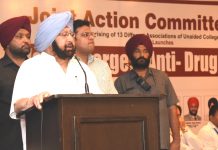 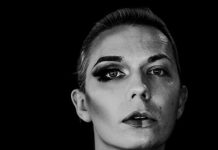