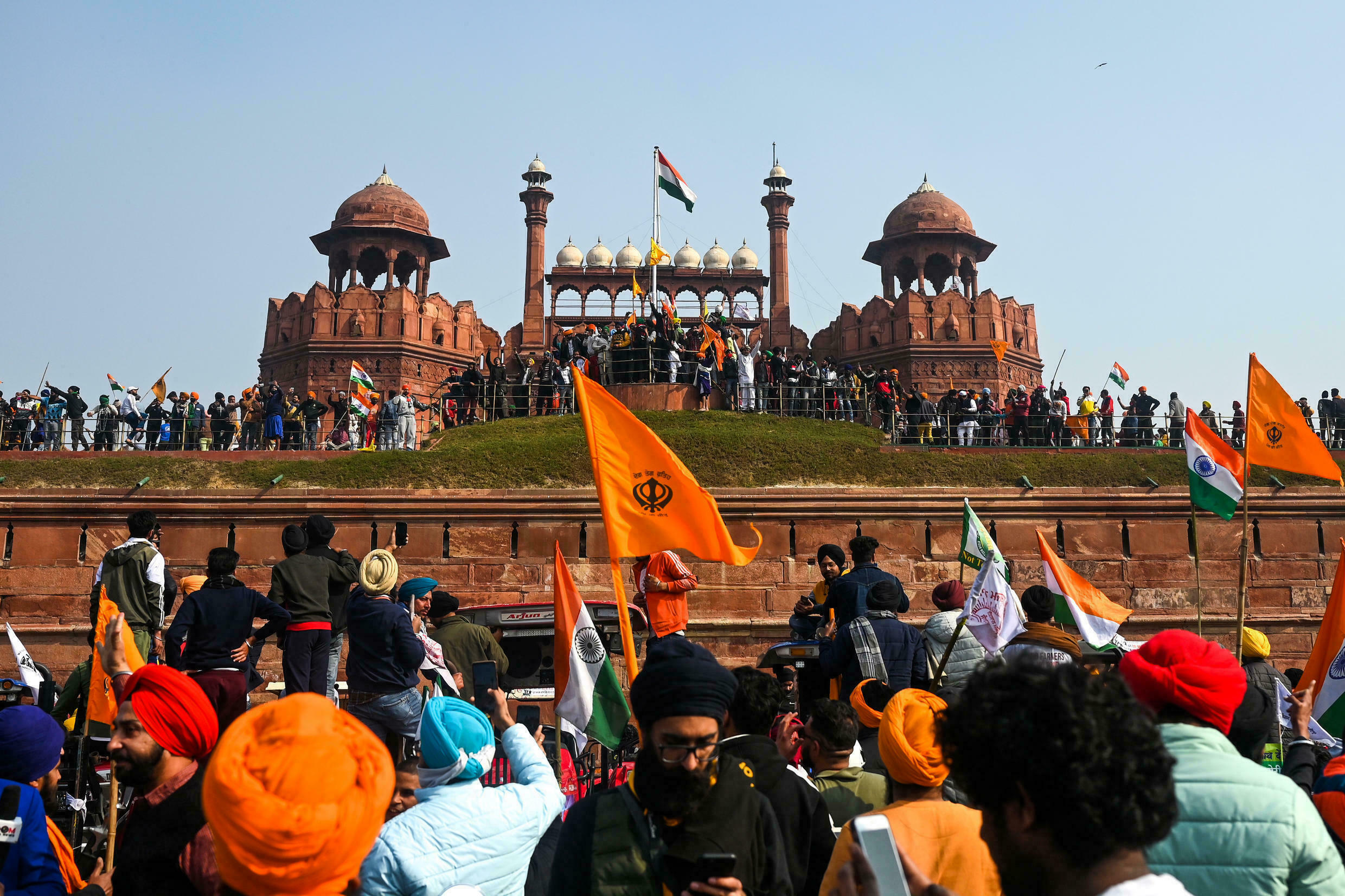 Farmers were ridiculed with all sorts of provocative jibe trolls — Khalistani, Terrorist, Maoist, Tukde-tukde gang — deliberate attempts inflicted upon them by the ruling dispensation discrediting the year-long farmers’ peaceful, non-violent movement across the peripheries of Delhi against three controversial farm laws. Thus, the sudden announcement of repealing the three farm laws on “Guru Purab” by the Prime Minister Narendra Modi in coming winter session of parliament failed to break the deadlock. In pursuance to Modi’s announcement, decks were cleared by the cabinet for tabling repeal bills before the parliament but due to uncertain fate of law guaranteeing MSP and compensation to 700 martyr farmers and withdrawal of criminal cases against the farmers, the agitation will continue to haunt the government.

PM’s appeal utterly failed to invoke any desired results, because farmers decided to continue their peaceful non-violent movement until their other six demands also stood resolved. Holding the government responsible for the martyrdom of more than 700 farmers, they demanded compensation to their families and construction of a martyr’s memorial to immortalise their supreme sacrifices at Singhu Border.

The demands include law guaranteeing Minimum Support Price (MSP), withdrawal of proposed Electricity Reforms and Seed Bills and sacking of union minister of state for Home Affairs Ajay Misra Teni whose convoy mowed down farmers killing hard heartedly four farmers and a journalist besides injuring over a dozens of farmers. They also demanded withdrawal of jail term for stubble burning, 50% subsidy on diesel and withdrawal of cases filed against farmers. In an open letter to the Prime Minister, Samyukt Kisan Morcha sought immediate withdrawal of action against farm protesters who “have been implicated in hundreds of cases during this movement (June 2020 till date) in Delhi, Haryana, Chandigarh, Uttar Pradesh and several other states.”

“We noted that after 11 rounds of talks, you chose the path of unilateral declaration rather than a bilateral solution; nonetheless, we are glad that you have announced the decision to withdraw all three farm laws. We welcome this announcement and hope that your government will fulfill this promise at the earliest and in full,” said the letter. One of the frontiers among the farmers’ leaders, Rakesh Tikait, who relentlessly spearheaded farmers movement all over the nation creating consciousness among them about ill-effects of three laws over rural economy and deprivation of their rights, said the protesters would wait till the laws were repealed in the session starting on November 29 along with acceptance of other demands.

Raising their key demand on MSP, the SKM’s letter said: “Minimum Support Price based on the comprehensive cost of production (C2+50%) should be made a legal entitlement of all farmers for all agricultural produce, so that every farmer of the country can be guaranteed at least the MSP announced by the government for their entire crop.”

Apart from the electricity Bill and the demand for scrapping any penal action against farmers on air pollution, the letter referred to the Lakhimpur Kheri incident in UP on October 3, when four protesters were killed after being hit by a convoy of three vehicles, including one owned by BJP minister Mishra.“Ajay Mishra Teni, the mastermind of Lakhimpur Kheri murder case and accused of section 120B, is still roaming freely and remains a Minister in your cabinet. He is also sharing the stage with you and other senior ministers. He should be sacked and arrested,” it said.

“During this movement, so far about 700 farmers have given their lives to the cause, as their supreme sacrifice. There should be compensation and rehabilitation support for their families. To build a martyrs’ memorial in the memory of the martyr farmers, land should be given at Singhu Border,” it said.

Thousands of farmers from Punjab, Haryana, Uttar Pradesh and Rajasthan have been camping on the peripheries of Delhi since November 2020, demanding withdrawal of three “black laws.”  The BJP has faced massive anger in northern states, something it cannot afford as it foresees upcoming assembly elections as semi-finals for big elections to the 2024 national polls. The recent debacle in by-elections after huge humiliation in West Bengal could be pressing reason for unexpected decision to repeal farm laws as a damage control measure.

“Prime Minister, you have appealed to the farmers that now we should go back home. We want to assure you that we are not fond of sitting on the streets. We too desire that after resolving these other issues as soon as possible, we return to our homes, families and farming. If you want the same, then the government should immediately resume talks with the SKM on the above six issues,” the letter said.

Earlier apologising to the nation, the PM said in his address, “I want to say with a sincere and pure heart that may be something was lacking in our Tapasya (dedication) that we could not explain the truth, as clear as the light of the Diya, to some of our farmer brothers. But today is Prakash Parv, not the time to blame anyone. Today, I want to tell the country that we have decided to repeal the three farm laws.” The three farm laws were first promulgated through backdoor imposition of Ordinances in June 2020, and subsequently, passed without proper debate in parliament amid the pandemonium of fiery opposition.

“Today is the auspicious day of Guru Purab, and I would request all my protesting farmer friends to return home to your fields and your families and make a new beginning. Let us move forward afresh,” Modi appealed to agitating farmers whose continuous demonstrations against the Agri-policies made a record as they braved chilling winters, scorching hot and heavy rains on Delhi’s borders. “Whatever I did was for farmers. What I am doing is for the country,” he added. Before the big retreat, the PM defended the laws which, he claimed, would benefit small and marginal farmers in the country and were part of reforms initiatives.

The trust deficit in Prime Minister’s commitments gradually surfaced due to shallowness in action and after Karnal and Lakhimpur Kheri physical assaults and martyrdom of more than 700 farmers. The atmosphere turned highly tense and volatile with a loss of credibility. The Union government took stubborn stand after Modi himself mockingly called the protesting farmers —  “Andolanjeevi” (those who survive on agitations) on the floor of Parliament. The BJP machinery attempted to brand their agitation as conspiracy of Khalistani separatists and funded by terrorist-Maoist groups.

In backdrop of sustained attack from Modi Bhakts with BJP rank and file, the farmers’ union unanimously resolved to continue their protests rejecting the appeal of PM Modi to go back to their homes unless they achieve something positive in their hand after braving tough weather conditions on Delhi borders.

Farmers’ leaders clarified that since first round of 11 rounds of talks, their demands were not confined to repeal of three laws but also sought revival of rural economy by way of statutory guarantee for MSP of all their farm produces. They are demanding determination of MSP based on Swaminathan Commission Report as also PM Modi promised them the formula to calculate MSP on the basis of input costs — including seeds, irrigation, electricity, fertilizers, pesticides, labour costs — plus minimum 50 percent of profit to be MSP.

But soon after it assumed power in 2014, the government started changing goalposts. It declined before the court to implement this formula. Niti Aayog drastically changed promised MSP concept of 2014 manifesto and suggested government could fill up the difference between Mandi prices and market prices but the schemes formulated more or less remained on the papers for media projections as image building exercise with minimal expenditure as compared to allocated budget.

The rural economy suffered a lot due to paradigm shift of pro-capitalist policies as seen in the name of reforms unsettling constitutionally upheld various labour laws, acquisition of farmer’s land, sale of public sector undertakings, privatisation of Electricity, Airports, Railways, Docks, Roads and Transport had depressing impact on rural economy with the cost escalation and reduction in job avenues after liberalisation of economic policies including fallout of demonetisation. The farmers remained determined to their commitment and solemn resolve for a complete repeal of the farm laws that they believed were “pro-corporate” and “anti-farmer” ruining the rural economy to gain ultimate control on their landholdings.

Ghastly massacre by mowing down peacefully protesting farmers from behind by convoy led by the son of Union Minister of State for Home in Lakhimpur Kheri and attempts to create a Hindu-Sikh divide terming them “Khalistani,” who mob lynched BJP workers in retaliation was also foiled wisely by Rakesh Tikait. He played a peacemaker’s role putting pressure on Prime Minister Modi to sack his junior minister colleague, who was accused as conspirator of entire act behind the crime.

The farmers unions perceived the decision to roll back farm laws as their big victory but political observers who keep close tracking of Prime Minister Narendra Modi’s political moves feel otherwise. “Flexibility is not the persona of brand Modi, who never look behind or repent his decisions but unlike his past, the reasons for his retreat could be deeper than seen,” they opined.

It is the biggest policy reversal since Modi assumed the power in 2014. However, they don’t rule out the possibilities of heavy poll reversals as a reason behind sudden change of strategy pacifying the farmers as the crucial assembly elections in farmers dominated Uttar Pradesh and Punjab are just couple of months away and BJP debacle in these states could diminish his chances of returning back to power in 2024.

Union Minister for Information and Broadcasting Anurag Thakur said that the government had completed all the formalities to repeal the three laws — Farmers Produce Trade and Commerce (Promotion and Facilitation) Act, 2020, Farmers (Empowerment and Protection) Agreement on Price Assurance and Farm Services Act, 2020 and Essential Commodities (Amendment) Act, 2020 but he did not answer questions if the government will bring a law to guarantee Minimum Support Price, which has been another major demand of the protesting farmers who refused to go back empty-handed. The BJP-led government attempted to crush the farmers’ movement at every stage of the agitations.

“Farmers who have been protesting peacefully and hopefully for about a year now are the ones who did the true tapasya with faith. These annadaatas have taken the historic movement to the cusp of a historic first victory with their tapasya and are steadily taking this towards full victory, which will actually be a victory for democracy itself. This victory is not a question of someone’s pride or ego, but a matter of lives and livelihoods of millions of ignored and marginalised Indians,” said a communique jointly issued by SKM leaders including Balbir Singh Rajewal, Dr Darshan Pal, Gurnam Singh Charuni, Hannan Mollah, Jagjit Singh Dallewal, Joginder Singh Ugrahan, Shiv Kumar Sharma ‘Kakkaji’, Yudhvir Singh and Yogendra Yadav. 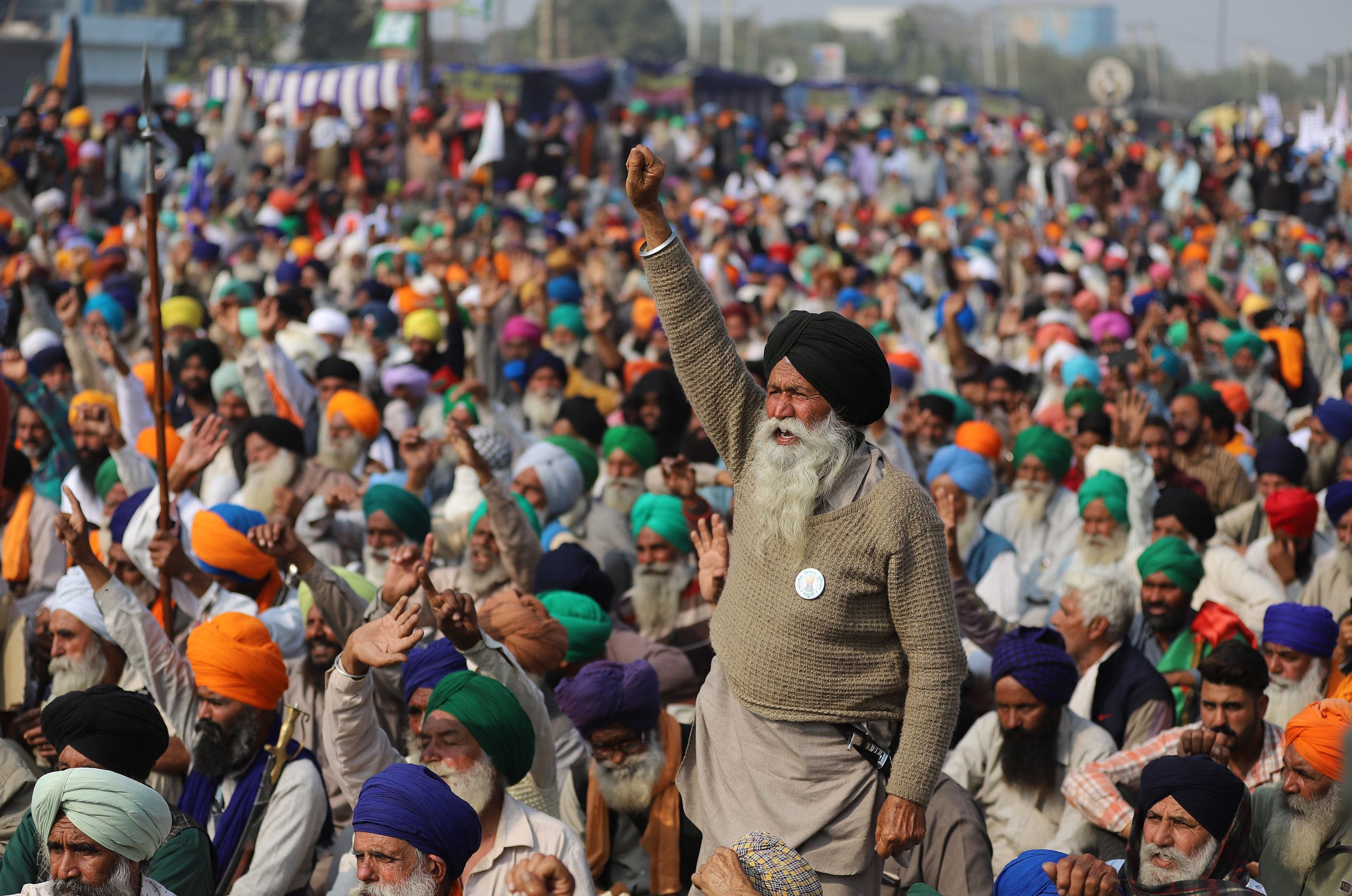 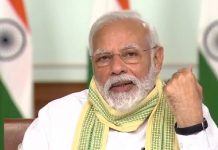