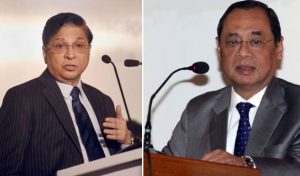 Chief Justice of India Dipak Misra on Tuesday sent a letter to the Central government recommending Justice Ranjan Gogoi as his successor.

The Union law minister, earlier this week had set in motion the process of appointing the new Chief Justice of India by requesting Justice Misra to name his successor.

The law minister, after receipt of the recommendation of the CJI puts it before the Prime Minister who advises the President in the matter of appointment.

If the recommendation is cleared by the Central government, Justice Gogoi will be administered the oath of office by President Ram Nath Kovind on October 3 as the next Chief Justice of India.

Chief Justice Mishra is retiring on October 2, but the day being a national holiday, October 1 will be his last working day.

Justice Gogoi was among the four judges who, in January, held and unprecedented press conference raising concerns about administration in the apex court, saying it was “not in order”. The other three judges were – Justice MB Lokur, Justice J Chelameswar (now retired) and Justice Kurian Joseph.

Justice Gogoi was born in 1954. On February 28, 2001, he was appointed as a permanent Judge of Gauhati High Court. Later, in September 2010, he was transferred to the Punjab and Haryana High Court and went on to become the Chief Justice in February 2011. 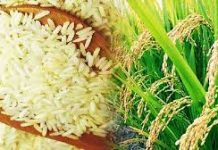