“India has always had a strange way with her conquerors. In defeat, she beckons them in, then slowly seduces, assimilates and transforms them,” wrote William Dalrymple of the Mughals in his book White Mughals. Legendary emperors, mighty conquerors and military strategists, the Mughals have been the subject of many fables, but it is their indelible mark on art and culture that continues to resonate. In an exhibition The Mughals: Life, Art and Culture at the Indira Gandhi National Centre for the Arts (IGNCA), Bahadur Shah Zafar’s marriage contract, Aurangzeb’s recipe book, poetry on the care and the advantages of breeding pigeons are just some of the treasures. Every Mughal emperor, the great ones as well as those who lived through the dynasty’s decline, was a patron of the arts. And Delhi, where the architecture, the cuisine and the culture bear the influence of the Mughal dynasty, is just the city to host the exhibition.
A facsimile of the original exhibition at the British Library, London, this show, a collective effort by the IGNCA and Roli Books, to celebrate their 35 years in publishing, puts technology to good use in order to show the Indian audience rare pieces of Mughal history in the British Library’s impossibly vast collection. The works were scanned and high quality prints were set up at the IGNCA , making the exhibition possible without the prohibitive costs and the potential danger to original artefacts while being brought to India. “What inspired me was the fact that people of Delhi will never, otherwise, get to see these works — extraordinary records of the Mughal era,” says Pramod Kapoor, head of Roli Books. He clarifies that the works may not be original, but that is not any cause for disappointment. “I would understand disappointment if we were showing reproductions of Picasso’s works. But these surrogates, in curator John Falconer’s words, are very faithful to the original,” says Kapoor.

This exercise by the British Library and Roli Books, of excavating through boxes and stacks and shelves of archival material is not just for mounting another art show, but for making history accessible to everybody and not just scholars.
Right at the entrance of the exhibition, the Mughal kings loom; in turn benign, fierce, but always decked out in royal splendour. Sharing space on the white walls of the IGNCA are reproductions of art from the Baburnama, the Akbarnama, intricate pages of the Quran in Persian, translations of Hindu epics and Upanishads into Persian. Through calligraphy and text, religious documents, maps and manuscripts, evidences of stories heard and history studied in school come into being — of the great Mughal emperors’ interest in other religions, the importance they gave to Hindu texts, and to images of Christ and Madonna, of their assimilation with the Rajputs, of the Englishmen adapting to the Mughal court, and of the attraction this court held for artists and poets who came in droves.
Persian being a language inaccessible to the average visitor, it does feel as if much of the show is lost if one is not already well versed with the anecdotes of the emperors and their lives. The accompanying labels do not give stories of what happened at battles or in court. However, to a receptive viewer, the images and the few lines describing them can trigger enough curiosity to find out more. Either the maps that come without scale or direction or translation will serve to further the unfamiliarity, or, the stunning panorama of the Delhi that once stretched from the Red Fort will place the viewer suddenly in the middle of history and closer to the city.
The exhibition will be on display at the IGNCA till 31 December
aradhna@tehelka.com 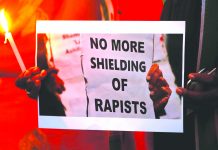 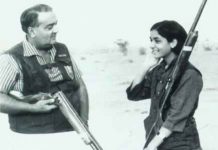 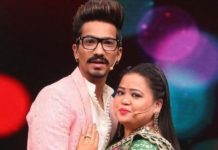