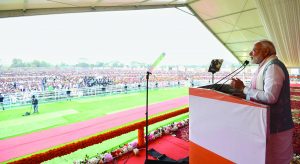 As many parts of northeast India were witnessing series of protest-demonstrations against the Centre’s proposed Citizenship (Amendment) Bill 2016 for months, a massive public rally in the outskirt of Guwahati showed a different picture. Addressing the meeting, which was poured by record breaking hundred thousand audiences, Prime Minister Narendra Modi declared that the Bill would be honoured.

Organised at Changsari locality under Kamrup district on 9 February 2019, the spectacular gathering applaused PM Modi when he termed the initiative as a moral responsibility for the government to support the asylum seekers from the Muslim dominated Afghanistan, Pakistan and Bangladesh who had fled their countries because of religious persecutions there.

However the move by the ruling Bharatiya Janata Party (BJP) to amend the citizenship laws in favor of Hindu, Sikh, Buddhist, Jain, Parsi and Christian refugees from nearby countries has ignited a firestorm in the region. The tide against the Union government in New Delhi has been inspired by the arising apprehensions among northeastern indigenous people that they might lose many of their rights after the citizenship law is amended.

The region also observed a Bandh (total shut down) on 8 January protesting against New Delhi’s adamant attitude to pass the Bill in Lok Sabha and prepare placing it in Rajya Sabha. The opposition to the initiative started surfacing in various parts, where Assam’s Brahmaputra valley has taken the lead for two years now.

Guwahati recently witnessed a rally opposing the Bill where 3,000 strong gathering from different parts of the region took pledge not to allow New Delhi to pass the concerned bill. Organized by All Assam Students’ Union (AASU) along with 30 indigenous groups the rally on 23 January was followed by a torchlight procession in the evening by Krishak Mukti Sangram Samity (KMSS) along with 70 other local bodies.

Logic behind the opposition points out that the Indian citizenship cannot be conferred on the basis of religion as it is a secular country and if done it would go against the spirit of the constitution. The other one, which has been endorsed by 95% of protesting organizations, pointed out that Assam had already taken the burden of numerous illegal migrants (read Bangladeshi nationals from 1951 to 1971) and it should not get more migrants, as it would completely destroy the province’s demography.

The protest gained momentum, when the Joint Parliamentary Committee (JPC) on the matter had arrived in Guwahati last year for public hearings. A number of indigenous organizations, local politicians, intellectuals, media personalities etc assembled on the venue and raised their voices against the Bill.

However, the subsequent hearing in Silchar of Bengali dominated Barak valley witnessed a different picture as most of the organizations supported the initiative. The valley was reluctant to join in the anti-bill protests, when Lok Sabha passed the Bill on 8 January.

Facing extreme public outcries, one of BJP’s Assam allies Asom Gana Parishad (AGP) had pulled out of the government in Dispur. The AGP leaders claimed that the proposed amendment would challenge the Assam accord, signed in 1985 after the culmination of six years long movement, which they don’t prefer.

The Assam agitation, launched in 1979 with the demand to detect and deport all illegal migrants (read Bangladeshi nationals) from the country, culminated with an accord signed by the agitators with the Centre in presence of the then Prime Minister Rajiv Gandhi. Leaders of AASU and now defunct Asom Gana Sangram Parishad agreed to accept everyone entering
Assam prior to 25 March 1971 as legal Indian citizens.

Need not mention that the movement started with the ultimate goal to deport all illegal migrants on the basis of national cut-off year (1951) for which over 850 people sacrificed their lives and thousands others faced humiliations in different occasions. But the agitators, most of whom later became seasoned politicians, had never tried to validate the accord with legal frameworks. Shockingly, the accord was not passed in the Parliament for due legal endorsements.

Spirited AASU along with Northeast East Students’ Organization and many Assam based ethnic civil society groups maintained that Assam would burn if the Bill is duly processed. AASU adviser Samujjal Bhattacharjya commented that the BJP led governments in both New Delhi and Dispur were hatching conspiracies to destroy the peaceful ambience as the Bill would threaten the existence of indigenous people in the region.

Even two northeastern chief ministers belong to the BJP led National Democratic Alliance family came out raising voices against the bill. Meghalaya chief minister Conrad Sangma and Mizoram chief minister Zoram Thanga have opposed the initiative and asserted that they would not take any burden of foreigners in their States. Manipur chief minister and a senior BJP leader N Biren Singh also expressed his concern over the probable negative implications of the initiative in his State.

However, Arunachal Pradesh chief minister Pema Khandu and Assam chief minister Sarbananda Sonowal have supported the move arguing that it would not affect the region. Remaining silent over the matter for months, Sonowal now start making voluminous public comments that the Centre’s new initiatives would never harm the local populations but benefit them in the long term.

Sonowal categorically stated that a section of vested interests (read Left and Congress) was trying to create disturbances in Assam by spreading misinformation that 19 million Bangladeshi Hindu nationals would get citizenship as an immediate outcome of the Bill. It cannot encourage any foreigner to come to India as the Bill has a cut-off date of 31 December 2014, asserted the young chief minister.

“The Bill, if duly passed in the Parliament, will only allow the Hindus, Sikhs, Jains, Buddhists, Parsis and Christians to apply for citizenship after a mandatory residency of seven years. Once they apply, the citizenship applications will be verified by the local authorities,” stated Sonowal adding that his government is duty-bound to protect the interests of indigenous communities of Assam.

Strong arguments were put by Assam’s powerful minister Himanta Biswa Sarma, where he asserted that the citizenship amendment initiatives would help the local Assamese population. Expressing serious concern over the aggressive mentality of Bangladeshi Muslim settlers, Sarma claimed that the initiative would prevent Assam from becoming another Kashmir.

Sarma openly suggested that Assamese people should support the non-Muslim asylum seekers from Bangladesh to safeguard their political, social and cultural rights in Assam. He also criticized the anti-Assam forces (read Naxal/ Leftists) which continue crying against the amendment bill. In a recent public debate, Sarma commented, “They want us to be slaves of a particular civilization (read Islamic). However, in this civilisational fight, we must win.”

Angers against the initiative were reflected on PM Modi’s latest visit to Guwahati when hundreds of activists showed him black flags in various parts. A day long shut down was also observed in eastern Assam by different organizations. Some youths even protested naked in the front of Assam Secretariat. However no visible demonstrations were seen in western and southern parts of Assam on that day.

Meanwhile, interacting with Guwahati scribes a New Delhi based human rights activist argued that the proposed citizenship law amendment would neither change the status quo on ground nor does it allay long-standing concerns over the issue of refugees. Suhas Chakma, who hails from Tripura also added that vociferous support or strident opposition to the Bill is actually politically motivated.

Asserting that the Bill does not introduce any new element whatsoever, Suhas stated that it relates to exempting religious minorities from Pakistan, Afghanistan and Bangladesh from being defined as illegal immigrant, but the Hindus who came from Pakistan and Afghanistan to settle in India’s western part had already been applying for citizenship and getting it too.

Similarly, it proposes to reduce the waiting period for submitting application for citizenship via naturalization from 11 years to 6 years. So it would make no difference as those who had come to India by 2007 can now apply for citizenship. If the Bill is duly processed, the asylum seekers could apply with the documents of 2012. Otherwise, their turn will come in 2023 in due course, he added.

He even claimed that the Bill is all but an inducement to Bangladesh, Pakistan and Afghanistan to accelerate the cleansing of religious minorities their soil. Instead of taking up the issue of protection of persecuted religious minorities with Dhaka, Islamabad and Kabul along with the international community including United Nations, New Delhi is virtually asking these countries to expel the remaining minorities.

Speaking about a recent protest in Aizawl against the Bill, Suhas termed it hypocrisy as the Mizoram government and its civil society were favouring some refugee groups over the other. The government in Aizawl says nothing about 120000 Chin refugees (from Myanmar) there, even though those Chin people have been enjoying various government welfare schemes.

The author is a political commentator from northeast India 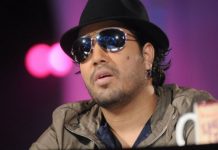 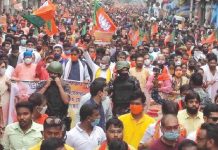