While interacting with them, Modi slammed the Congress and other opposition parties for ‘chowkidar chor hai’ slogan and said that it is harmful to the country.

“I want to apologise to all chowkidars (watchmen) that some people, for their own interests, have been abusing chowkidars and saying Chowkidar chor (thief) hai, raising questions about the dedication of chowkidars of the nation. It is unfortunate that the language of these people has hurt you,” PM Modi said.

While taking about Balakot strike Modi said, “When our forces conducted strikes in Pakistan, some people in the country felt the pain. We should be proud of our forces.”

Modi launched the “Main Bhi Chowkidar” campaign on Sunday, adding the prefix to his Twitter account. Numerous people followed the leaders in changing their names on Twitter accounts.

Modi is also scheduled to interact with people who have pledged their support to the ‘Main Bhi chowkidar’ campaign on March 31. 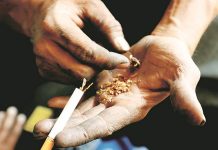 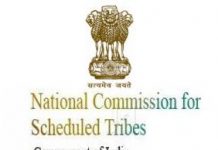