China is a good example of what happens when a country is determined to eliminate malaria – this became the joint goal of 13 ministries, including health, finance, industry, and education. The results were impressive and the country has gone from 30 million cases in the 1940s to zero indigenous cases in 2017.
The countries within the E-2020 initiative vary greatly in their geography and transmission patterns, yet despite their differences, they have many lessons to share with each other. “It has been gratifying to see how countries in the E-2020 are learning from each other,” says Dr Kim Lindblade, team leader of the WHO’s Global Malaria Programme’s elimination unit. “We have seen ideas move from country to country, and region to region. These linkages help diffuse innovations from one context to another.”
WHO Certification of malaria-free status
WHO grants a certification of malaria elimination when a country has proven, beyond reasonable doubt, that the chain of indigenous transmission has been interrupted nationwide for at least the previous 3 consecutive years. In addition, a national surveillance system capable of rapidly detecting and responding to any malaria cases must be operational, together with an appropriate programme to prevent re-establishment of transmission. To date, 38 countries and territories having been certified malaria-free by WHO.
The Malaria Elimination Oversight Committee bolsters countries’ efforts, says Dr Richards, by acting as an advocate “urging, if appropriate, more domestic political and financial support. That’s fundamental in the last mile of the elimination effort, and future sustainability of surveillance and response to prevent resurgence of malaria in the future.”
Countries need a few key ingredients to get to zero, says Dr Kamini Mendis, a member of the Committee and professor emeritus at the University of Colombo in Sri Lanka, including “a very effective state-of-the-art surveillance and response system, uninterrupted funding, and a responsive elimination programme that can respond rapidly to changes.” These must be accompanied by strong technical leadership and people on the ground “with staying power until zero cases are achieved,” she adds.
Once the WHO’s Malaria Elimination Certification Panel verifies that a country is malaria-free, however, countries cannot be complacent. Two years after Sri Lanka was certified free of malaria, an imported case from neighbouring India led to local transmission; Sri Lankan authorities quickly responded and prevented any further cases.
Yet many countries have made impressive strides in controlling and stamping out malaria. In 2016, WHO identified 21 malaria-endemic countries that could feasibly eliminate the disease by 2020. Together, these countries form the “E-2020 initiative” and are part of a concerted effort to drive indigenous malaria cases to zero within the 2020 timeline.
In 2018, Paraguay became the first E-2020 country to be certified by WHO as malaria-free, and this year Algeria was awarded the same status. Three other countries – the Islamic Republic of Iran, Malaysia and Timor-Leste – achieved zero indigenous cases of malaria in 2018. China and El Salvador, meanwhile, have been at zero since 2017, and Cabo Verde has been malaria-free since January 2018.
WHO’s Global technical strategy for malaria, adopted by the World Health Assembly in 2015, calls for the elimination of malaria in at least 10 countries by the end of next year. “We are very much on track to have 10 E-2020 countries at zero cases in 2020,” says Dr Frank Richards, chair of the Malaria Elimination Oversight Committee – an independent WHO advisory body that guides countries in their efforts to eliminate malaria – and an expert in parasitic diseases at The Carter Center, Atlanta, USA.
Sience 2000, India has reduced malaria deaths by two-thirds and reduced reported malaria cases by almost half.
In 2017, India launched its five-year National Strategic Plan for Malaria Elimination. The plan is a landmark in India’s fight against the disease that shifted focus from malaria “control” to “elimination”. The plan provides a roadmap to end malaria in 571 of India’s 678 districts by 2022.
With 24% decline in malaria cases, India is on track to reduce malaria cases by 20-40% by 2020, said the World Malaria Report 2018.
However, there are many road-blocks. India has “weak” malaria surveillance and only 8% of its estimated cases are reported in the national system–second worst in the world–as per the World Malaria Report 2017.
Further, India’s spending on malaria is amongst lowest in South East Asia, less than $1 per person at risk according to the 2018 report.
Among the 11 nations with 70% of the world’s burden of malaria, only India has managed to reduce its disease burden, registering a 24% decrease between 2016 and 2017, according to the World Malaria Report 2018.
With about 9.5 million malaria cases in 2017, down 3 million cases since 2016, India is no longer among the top three countries with the highest malaria burden. However, 1.25 billion Indians–94% of its population–are still at risk of malaria, the report noted.
Globally, the progress made against malaria has stalled for the second consecutive year: The annual report produced by the World Health Organization (WHO) revealed a plateauing. In 2017, there were an estimated 219 million cases of malaria, compared to 217 million the year before. Previously, people contracting malaria globally had been steadily falling, from 239 million in 2010 to 214 million in 2015.
India has set 2030 as the target year for eliminating malaria. 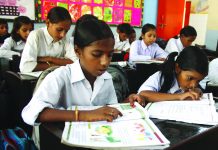