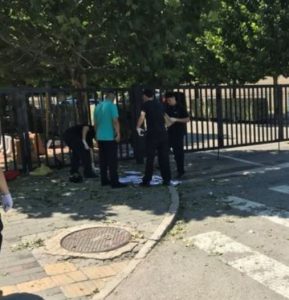 A 26-year-old Chinese man detonated a bomb outside the US embassy in Beijing on Thursday.

The detonation happened at the southeast corner of the embassy compound at around 1 pm local time.

According to the Chinese police, no one was injured and neither there was any damage to the embassy property except the man who hurt himself while setting off a small, homemade explosive.

The man who set up the explosion had been identified by his surname Jiang and was from the city of Tongliao, in China’s Inner Mongolia, police added.

Additional details about the incident were not immediately available, with police quickly cordoning off the blast area.