The Supreme Court on Tuesday said that although the marriage between a Muslim man and Hindu woman is an irregular marriage, described as “fasid” in Mohamadan law, the children born out of this wedlock are legitimate and have claim over the property of the father.

A bench of Justices N V Ramana and Mohan M Shantanagoudar in their judgement said,” The marriage of a Muslim man with an idolater or fire­worshipper is neither a valid nor a void marriage but is merely an irregular marriage. Any child born out of such wedlock is entitled to claim a share in his father’s property.”

Upholding an order of the Kerala High Court, the bench said: “It would not be out of place to emphasise at this juncture that since Hindus are idol worshippers, which includes worship of physical images, it is clear that the marriage of a Hindu female with a Muslim male is not a regular or valid marriage, but merely an irregular marriage.”

The ruling came on a petition in a property dispute between one Shamsudeen, the son of a couple – Mohammed Ilias, a muslim man and, Valliamma, a Hindu woman and his cousins.

The Kerala High Court held Shamsudeen – the legitimate son of Ilias and Valliamma and is entitled to his share in the property.

However, the cousins contended that Shamsudeen’s mother was not legally wedded to Ilias and that she was a Hindu by religion at the time of marriage.

They claimed that Valliamma did not convert to islam at the time of her marriage. Thus, Shamsudeen being a son of Valliamma is not entitled to any share in Ilias property.

The Court said, “having held that a child born out of Hindu mother and Muslim father is legitimate and has claim over the property of father.” 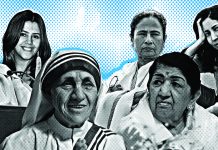 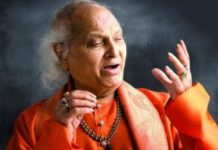