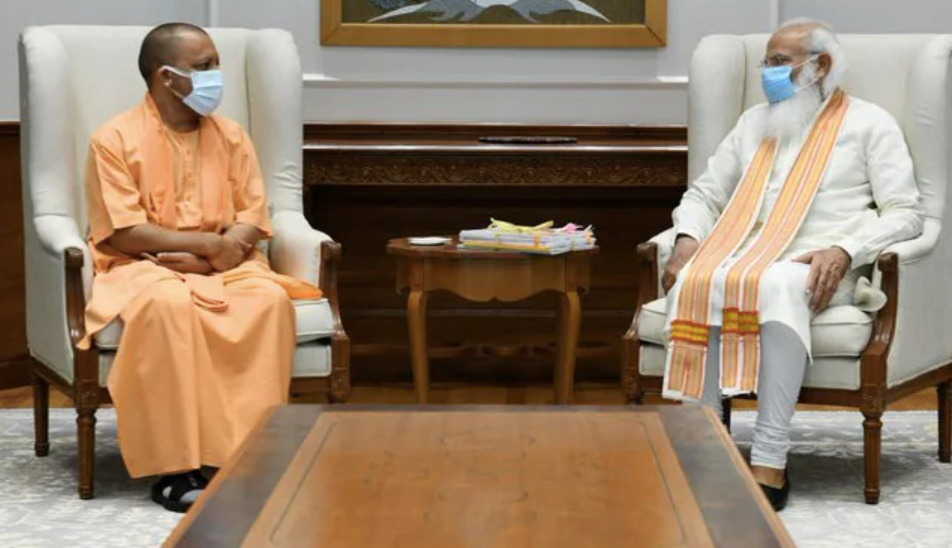 Chief Minister Yogi Adityanath met Prime Minister Narendra Modi today in Delhi ahead of upcoming UP assembly elections.  Amid speculation of a state Cabinet re-shuffle, the meeting lasted for more than an hour.

According to the sources the party is not looking at replacing Yogi Adityanath, but other changes can be done as only less than a year left for UP to election.

Ahead of crucial assembly elections there is a growing criticism of the Yogi government over the poor handling of the pandemic and failing to control the second wave of Covid-19 efficiently.