New Delhi:  Chief Justice India N V Ramana on Thursday launched a software to transmit court orders swiftly and securely through electronic mode, a step which will help in quick communication of judicial orders.
CJI Ramana along with Justices A M Khanwilkar, D Y Chandrachud and Hemant Gupta and Chief Justices and Judges of high courts was present at the online launch of the Fast and Secured Transmission of Electronic Records (FASTER) software.

“Orders passed by the Supreme Court and other high courts have to be transmitted safely without interference by third parties. We have nominated 73 nodal officers at the HC level and jail authorities selected through judicial communication network. A secure pathway email id has been established,” he said.

“There are a total of 1,887 email ids of these nodal officers connected across the country. FASTER will communicate bail orders and for the purpose of authentication it will have digital signatures of SC officers. Communication is restricted to the email id holders which ensures confidentiality, safety and security,” Ramana said.

FASTER comes into being after the bench headed by CJI Ramana took suo motu cognizance of delay in the release of convicts even after granting of bail on grounds such as non-receipt or non-verification of judicial orders. 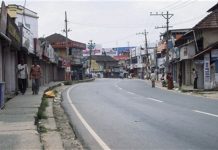