A Doordarshan cameraman was killed after the national broadcaster’s crew attacked by Naxals in election-bound Chhattisgarh’s Dantewada district on Tuesday.

The attack took place in Dantewada’s Aranpur where two security personnel had also lost their lives in the attack.

Two other security officers were also injured in the attack and were rushed to a nearby hospital.

The police were patrolling in the area when the attack took place.

According to the reports, the Doordarshan team was in Dantewada for election coverage.

DIG, confirmed the incident and said that the injured were being rushed to the hospital. “On Tuesday our patrolling party was ambushed by Naxals in Aranpur. Two security personnel were martyred, and a Doordarshan Cameraman also died in the attack,” he said.

The attack comes just days ahead of assembly elections in the state which goes to polls in two phases – on November 12 and 20, 2018 and the counting will be held on December 11. 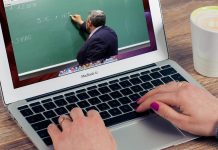