Sridevi’s untimely, unexpected and unwanted death is not just giving us all a hard time to grieve but also a time to feel vulnerable and doubtful. Vulnerable about how the life can ditch you, play with you and leave you at any point of time. Doubtful whether the energy flowing in our bodies will still be there in the next moment? If the laughter and smiles we have been putting on hold for a long time will ever be used? If the ‘perfect time’ to express our emotions, feelings and true worth will ever come? Will the right time ever come?

While the Dubai Prosecution Service has closed the investigation into the actor’s death, the incident has raised many questions.

The departure of a happy, healthy and charismatic life has given the Saddest Sunday of its time to the whole India.

Sridevi had been sending sensational, charming, dreamy and ecstatic waves through her onscreen and offscreen performances, little did we know that one day she will send the waves of most shocking and heart-breaking news of her death too.

The megastar actor has gone to Dubai with other members of her family to attend the wedding of actor Mohit Marwah, who is a nephew of the Kapoors.

The ill-fated moment came when Sridevi was getting ready for a dinner with her husband Boney Kapoor in Dubai.

Boney Kapoor who came back to Mumbai returned to Dubai on Saturday evening just to surprise his wife. According to reports, he woke up Sridevi around 5.30 pm before having a chat for around 15 minutes. Boney Kapoor had asked her to dinner. The superstar had reportedly had gone to the washroom to get ready but when she didn’t come out for some time, Boney Kapoor knocked but on not getting any response for a long time he then forced open the door. Sridevi was “lying motionless in a bathtub full of water,” as reported by Khaleej Times.

“He tried to revive her and when he could not, he called a friend of his. After that, he informed the police at 9pm,” the newspaper said, quoting a family source.

She was immediately rushed to Rashid Hospital in Dubai but couldn’t be revived.

The 54-year-old actress, whose films I grew up on was not just an actor for me. Till date, most of the time, songs of her movies like Lamhe, Sadma and Chandni are played and plugged in my ears. She has been the most versatile actor of all times. The sparkling magic in her eyes had the power to make me cry, laugh, dance, smile and love at the same time.

She has been an inspiration and an epitome of equality who did not only entertain her fans throughout her career but has also inspired women like me to not only dream big but also achieve big.

With no godfather in the industry, the Chaal Baaz actress has ruled the Tamil Industry before creating a permanent place in all genres of Hindi movies. At the age of 4, Sridevi entered into the world of acting and continued to act as a child artist in Tamil, Telugu, Malayalam and Kannada films. Nothing could stop her unmatchable spirit, not even a 15-year-long-break which she took before hitting the silver screen again in 2012 with a powerful role played in English Vinglish.

Sridevi has been a role model to women, not just due to her hard work, beauty and success but also by showcasing how a woman can achieve whatever she wants sans depending upon a man’s presence.

The actress had already won a Kerala state award for ‘best child artist’ for her performance in ‘Poompatta’ before she couldn’t even enter Bollywood and become a recipient of Padam Shree in 2013.

The death has saddened and shocked not only her family but the whole film industry, politicians and fans. The whole nation is morning her death. Prime Minister Narendra Modi, President Ram Nath Kovind, Congress President Rahul Gandhi and other leaders have condoled her death.

“She was a veteran of the film industry, whose long career included diverse roles and memorable performances,” Prime Minister Narendra Modi expressed his sadness via Twitter.

“I’m shocked and very disturbed. I’ve lost a dear friend and the industry has lost a true legend,” tweeted Rajinikanth.

Though all of her movies are considered to be the best, yet there are few Bollywood stories which I have been watching again and again and are liked by millions of people like me. The list is very long but Sadma, Chandni, Lamhe, Khuda Gawah and English Vinglish are just a few of them which I can watch over and over.

She was seen last in Mom, which released just last year.

The legend who has been an inspiration all throughout her life has given a lesson even with her death. The lesson to live in the NOW moment as there is no guaranteed tomorrow. She died while she was fully enjoying her days. Like she already knew the importance of each second of her life.

Let’s learn a lesson from her life as well as death. Let’s honour her with a promise to not to take our lives for guaranteed anymore. 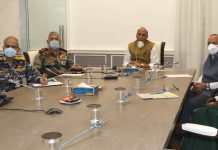