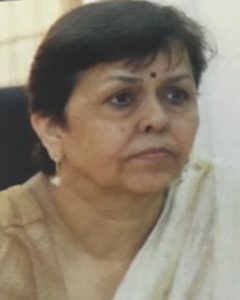 Prof Devi Sirohi, who has announced to contest the Lok Sabha election from Chandigarh constituency as an independent candidate says that “Chandigarh lacks inclusive development all thanks to the lack luster approach of elected representatives from the city”.  “Chandigarh 4 Change “ is her slogan for the upcoming election in Chandigarh on May 19.

Prof Sirohi, the  first chairperson of Chandigarh Commission for the Protection of Child Rights and the first elected Woman president of Panjab University Teachers Association said that it is ironic that Chandigarh is amongst the cities that rank on top in the literacy rate but when it comes to budget for education, it is a meager 1.5 per  cent of total budget. She questions the total apathy towards quality education. Little doubt that most youths are not employable.  She says that there is a need to think out of box and come out with courses like Artificial Intelligence, Robotics and other green fields at the school level itself.

Her manifesto promises quality education through technology at all levels, primary, secondary and higher with special emphasis on educating girl child.  She says that Chandigarh needs well organized health centres with adequate infrastructure.  Chandigarh also needs to resettle and rehabilitate slum population in some colonies which has not been resettled even after two decades by providing dignified housing.

Women safety is another issue close to her heart. Then comes the issue of drug addiction which should be tackled by way of enforcement, awareness and by setting up more de-addiction centres. All stake holders need to join hands to check this menace.

Prof Sirohi who did her post graduation and Doctorate in History from Panjab University and later worked as a Professor in the Department of History said that she was quite aware of the issues concerning Chandigarhians.  Metro or Mono rail, idea is to improve traffic conditions in city by reducing number of accidents and checking pollution levels. But successive members of Parliament from Chandigarh have only played with the sentiments of people, but never came up to their expectations.

Prof Devi Sirohi observed that Chandigarh lacks in some basic facilities like 24 hour water supply, higher subsidy for solar units and setting up of technical institutes in different sectors and colonies. She also favours  that peripheral areas should be converted into sectors while parks in different sectors should be maintained properly. Before signing off, Prof Sirohi, the former Senator of Panjab University, reaffirmed her commitment to work with the people of Chandigarh to bring back the glory of Chandigarh and repeats her slogan “Chandigarh 4 Change”. 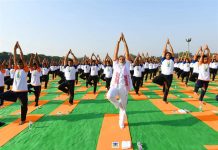