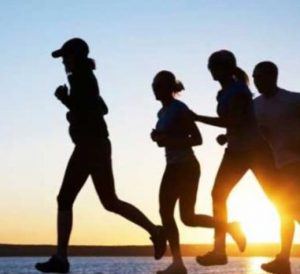 Chandigarh, also known as the city beautiful is yet again in news and this time it’s not about cleanliness but about physical activity.

According to the data compiled on ‘physical activity levels of Indians’, by HealthifyMe, one of India’s largest health and fitness app from over 1 million users, reveals that Chandigarh is amongst the least fittest cities in the country, along with Jaipur and Ahmedabad.

People in Chandigarh have burnt only 371.7 calories/day as compared to Bangalore that is burning upwards of 420 calories daily.  The city has taken only 4546 steps on an average in 2018 as compared to Gurugram that has taken close to 5000 steps.

Bangalore and Gurgaon continue to be the most fitness conscious

Bangalore has taken the pole position this time burning upwards of 420 calories/day compared to 322 calories/day in 2017, an improvement of 30%. It is followed by Gurgaon, Noida and Ghaziabad that continue to steal a march over other regions, again making it to the list of fittest cities. Their neighbour Delhi however continues to be amongst the least fit cities, with an average calorie burn of 380 per day.

Interestingly, Pune has shown the greatest improvement (33% increase in daily burn from 2017) from being one of least fit cities to becoming one of the fittest. Lucknow, on the other hand has witnessed a decline in its position, getting relegated to the bottom of the list, despite burning 23% more calories than 2017. This is owing to every other city stepping up their game.

In the battle of North vs. South, the South of India marginally trumped the North with a 6% higher average calorie burn per day. South Indians burnt 408 calories (29% higher 2017) on an average daily and North Indians burnt around 382 calories (24% more than 2017) daily.

Walking and running continue to be the exercises of choice across the length and breadth of the country.

Tushar Vashisht, Co-founder & CEO, HealthifyMe said, “It is a matter of grave concern that Tier 2 cities are least active as compared to Tier I cities when it comes to fitness. Almost half of all Indians are inactive and burn less than even 50% of their calorie budget. Inactivity and unhealthy food habits can lead to several lifestyle diseases like obesity, hypertension, diabetes and high cholesterol. From our experience, we are already witnessing an increase of such cases amongst people as early as in their 30s. Everyday physical activity and good eating habits can play a crucial role in avoiding and even reversing such diseases. It is time that we start taking ‘working out’ more seriously.”