He was replying to a question raised by Ajit Pawar in the Legislative Assembly on Tuesday.
Chief Minister Fadanvis said that so far, 3267 persons have been sanctioned the
honorarium.

He further said that the collectors will be directed to complete the work in a stipulated time period. Increasing this fund in future will be considered. The government is also paying honorarium to participants in Goa, Marathwada liberation movements.

PM Modi: In Budget 2022, clear roadmap given to achieve saturation... 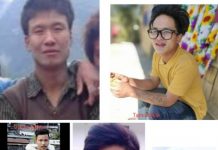