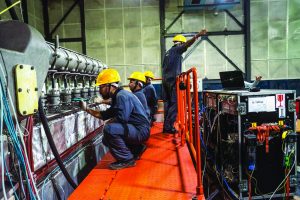 It was launched as an ambitious skill development scheme by the Narendra Modi government to enhance competitiveness, train and provide grants-in-aid, to establish Ranchi-based PSU Heavy Engineering Corporation’s Common Engineering Facility Centre (CEFC) Pratham Foundation. Three years later, this is also being put forth as one of the famous projects linked with CNIITMASH, Moscow. The facts, however, tell a different story.

The project seems to have crashed before it could yield result. This happened soon after HEC Director (Finance) Arundati Panda questioned legal validity and transfer of money to Pratham Foundation and CNIITMASH. Next, Department of Heavy Industry issued order winding up this CEFC causing a huge loss to the state treasury.

The service record of Arundati, 1985 batch P&T Accounts and Finance Service Officer, who blew the whistle in this case, has been officially dubbed as ‘not satisfactory.’

Investigation revealed that lack of skill was adversely affecting the competitiveness of the industry. As per the Ministry of Heavy Industries and Public Enterprises notified the Scheme on “Enhancement Of Competitiveness in the Indian Capital Goods Sector” on November 5, 2014, HEC was eligible to set up Special Purpose Vehicle (SPV) to implement the scheme as per the website of DHI.

Soon, HEC CMD Avijit Ghosh and Department of Heavy Industry acted quick and fast. He visited CNIITMASH, Moscow. An agreement was signed by him with CNNITMASH on December 24, 2015. Although he ought to have floated a tender to enter into agreement with this foreign company,no tender was floated.

On January 28, 2016,after HEC sent a proposal for setting up SPV in the form of CEFC. The proposal,describing its total outlay of 50 crore (with Department of Heavy Industry’s contribution of 30 crore),was approved and HEC was directed to set up SPV. Next, HEC approved placement order on CNIITMASH on February 8, 2016. A week later, HEC signed another agreement with CNIITMASH for $4.45 million.

Less than six month later agreement was signed between DHI and HEC where this PSU was recognised as implementing agency for CEFC to be cancelled later. Days later a private company called CEFC Pratham Foundation was registered under the Companies Act, 2013.

Instead of located inside the HEC complex, the registered office of Pratham Foundation was at House No-4652, Sector 23A, Gurgaon, Haryana the residence of one of the shareholders. Not the least, CMD Avijit Ghosh became its CEO and first Director of this private company.

Further, an agreement was signed between DHI and CEO CEFC Pratham Avijit Ghosh for transfer of grant to CEFC Pratham by DHI and HEC for implementation of the scheme wherein it was falsely stated by him that “CEFC Pratham Foundation is a company founded by HEC”.

In any case, DHI released first instalment in the form of 4.47 crore on January 10, 2017.Following this HEC released its first instalment of 1.12 crore. Subsequently, Arundati noted in her official file on 23 March 2018 (a copy of which is with the Tehelka) that CEFC Pratham Foundation is not a company founded by HEC as per the Ministry of Heavy Industries and Public Enterprises’s notified CEFC scheme guidelines.

In her letter of December, 2018 to HEC Board Members, Arundati wrote that she had scrutinised additional documents (agreement of CEFC Pratham Foundation with DHI) and found the fraud committed by CMD HEC. She also apprised the DHI that this “CEFC has not been able to comply with milestone clause 2.2 and output clause 3.1. In all,only 69 members of participants have been trained” (by this Pratham Foundation).

About 23 crores have been given by DHI and HEC to this private company and only 89 people have been trained in these 2 years by them. How much public fund was transferred by HEC and or CEFC Pratham Foundation to Russian company CNIITMASH is not known. However, in response to Arundati’s report dated March 23, 2018, exposing multi million rupee skill development scam, HEC CMD Ghosh, who perpetrated it, had put his hand written statement at its end stating —“Detail discussion is required on the above subject.”

Months later, three consequences were on official records. One,Ghosh had retired. Two,Ministry of Heavy Industry has acted against CEFC Pratham Foundation. In his letter dated January 11, 2019 to HEC CMD, MHI’s Under Secretary Sanjiv Kumar Gupta wrote: ”You are therefore requested to take necessary action for winding up the CEFC Pratham Foundation after transferring the available funds and other assets and liabilities to HEC.”

Three, instead of getting award for her whistle blowing work, Arundati, known as an upright civil servant, who was deputed as HEC Director (Finance) for 5 years in 2017,appears to have been badly axed to the extent that she can be transferred anytime.

Tehelka has learnt that before retiring Ghosh had yelled against her in an official meeting. Now, in the HEC’s Special Performance Report, which is in possession of Public Enterprises
Selection Board which had deputed her at HEC for five years in 2017, Arundati’s service was rated as far from ‘satisfactory’. She was recently given lower rank -37.5 out of 50 points and her report forwarded to Public Enterprise Selection Board. 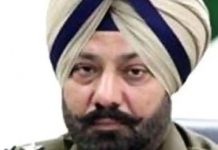 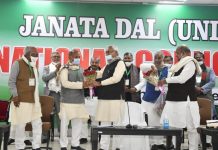 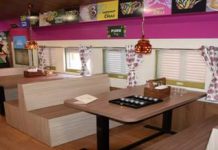