Most are self-contained, self-sustained and hugely profitable educational universes. They charge a bomb from students and offer them 100 percent placement in their sister concerns. They ask the alumni, who are employed with them at a pittance, to teach the fresh batches. They grab huge incentives, like cheap real estate, from the state regimes. In the end, they earn profit margins of 100-500 percent.
Shruti (name changed) paid almost Rs 5 lakh for a bachelor’s in management. She was employed by the institute’s group firm at a salary of Rs 10,000 a month. After a year, she didn’t get a raise, but was asked to teach fresh batches and paid an additional amount. Students were happy, and so was the institute, which aggressively advertised 100 percent placement record to woo new students each year.
Even when the higher education colleges don’t have captive employment opportunities, their profits are huge. Take the case of Gautam, who paid around Rs 5 lakh, or Rs 1.25 lakh a year, for a four-year fashion course. There are 80 students in his batch and another 200 students in the three other courses. If there are similar number of students in each year of the four-year courses, the college earns a whopping Rs 14 crore (280x4x1.25) a year. The minimum profit: Rs 5-10 crore each year.
It is hardly surprising that the private sector has all but taken over the higher education segment, which forms a sizeable component of the over $65 billion education industry. According to a 2015 report by a law firm, Nishith Desai Associates, almost 65 percent of higher education institutions are in the private hands and they cater to 50 percent share of the students’ enrolment every year. “The number of unaided (by governments) higher education institutions is on the rise,” added the report.
Demand and Supply
The entry of private players in higher education is a result of the pent-up demand among students. India’s Gross Enrolment Ratio (GER) — the percentage of students who opt for higher education — is a measly 15-18 percent, or much lower than China’s 26 percent, Brazil’s 36 percent and the world average of 23 percent. Still, there are millions of students who enrol each year. A rough calculation by a website, www.dreducation.com, put this figure at over 20 million in 2012-13 and 26.5 million in 2014-15.
Another indicator of the demand for higher education is the number of Indian students studying abroad. A couple of years ago, Forbes said that over 4.6 lakh students go abroad to study every year. The figure would have gone up this year. Of them, over 22 percent choose American colleges, a similar percentage go to Australia and nearly 10 percent choose universities in Britain.

Various regulators in India insist on common entrance exams, either at the state or all-India level, for admissions in professional courses such as engineering, medical and management, offered by legally- approved colleges, universities and institutes. Students who fail in these tests of merit have to pay huge sums to join unapproved institutes, or approved ones that have their own entrance exams.
A study by PricewaterhouseCoopers (PwC), along with the Confederation of Indian Industry (CII), estimated that there were over 33,650 colleges and universities that provided higher education. While the compounded annual growth rate over the past few years was almost 12 percent for colleges, the figure was over 10 percent for universities. The report said that “the number of institutes has nearly doubled” and this indicated that the sector “has attracted investments from both the public and private sectors”.
Higher education is likely to soon attract a larger number of private players, including foreign universities that have shown interest in the sector. This will be driven by the higher demand as well as policy and regulatory initiatives. In the 12th Five Year Plan, which will now be overseen by the NITI Aayog, the overarching goals include “expansion, inclusion and excellence with equity and quality”.
Several higher education Bills may be introduced in Parliament by NDA-2. The most critical, Foreign Educational Institutions (Regulation of Entry and Operations) Bill, will ease the entry of foreign players, either independently or in collaboration with Indian partners. At present, the University Grants Commission (UGC) allows restricted tie-ups between foreigners and Indian educational institutes. 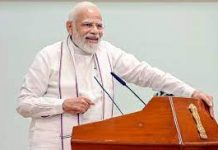