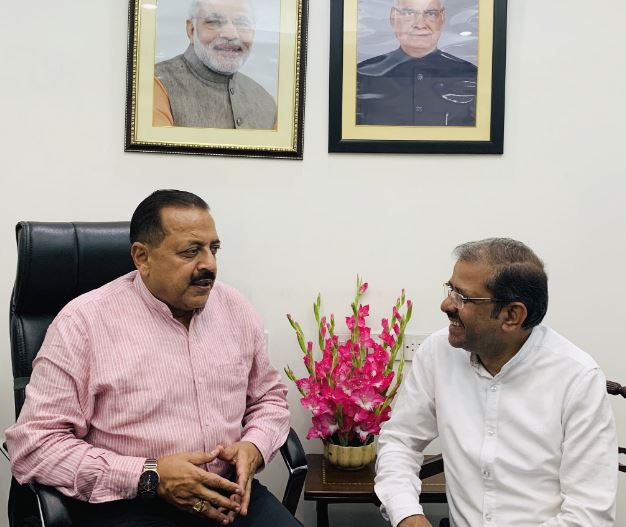 The Centre will support the construction of 300-bed hospital in Sikkim at a cost of Rs. 358.29 crore. Disclosing this on Tuesday, after a meeting with a delegation of Sikkim State Government led by the State Health Minister Dr Mani Kumar Sharma, Union Minister of State (Independent Charge) Development of North Eastern Region (DoNER), Dr Jitendra Singh said that clearance has already been given by the NITI Aayog and the Union Ministry of Health, and very soon, similar clearance will also be provided by the Ministry of DoNER for the hospital proposed to be built at Namchi, the district headquarter of South Sikkim district.

Dr Jitendra Singh recalled that during the last over five years of the Government led by Prime Minister Narendra Modi, a number of held-up projects were cleared and executed. He referred to the first-ever airport in Sikkim which was inaugurated at Pakyong by PM Modi. He also mentioned the Sikkim being declared as the first “Organic State” of India during Prime Minister’s visit in 2016.

Dr Jitendra Singh said Sikkim is a State blessed with rich natural potentials and in recent years, the number of tourists has multiplied manifold. It is therefore, he said, in the fitness of things to address the healthcare requirements of the State, to as much extent as possible.

During the meeting, the Sikkim Health Minister also brought up before the DoNER Minister the demand for having a 100-bed hospital at Mangan, North Sikkim, another 100 bed hospital at Simgtem in East Sikkim and the upgradation of Pakyong Primary Health Centre. The DoNER Minister suggested to the State Health Minister to deliberate these proposals at the State Government level and then put them forward through the appropriate procedure for further feasibility, etc.