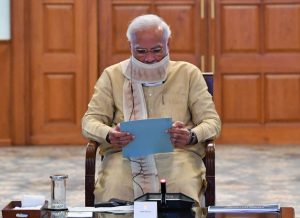 Of late, a void has emerged between the Centre and states as the strong Centre perhaps has ceased to be consultative in its approach towards the States and in turn the States have not been respectful towards the Centre.

There are instances galore-resistance against the three Farm Bills, Maharashtra’s decision to block CBI probing without its permission, and States Like West Bengal, Punjab, Rajasthan, Chhattisgarh, Jharkhand and Kerala showing their displeasure over the Centre failing to meet its commitment on compensating States as per the Goods and Services Tax regime.

Punjab, the epicenter of the protests against the new farm laws, seems in for the long haul regarding a potential battle with the Centre after three Bills were presented in the State Assembly in a bid to bypass the Central Acts though these require Presidential assent.

These Bills have a provision for imprisonment of not less than three years for the sale or purchase of produce below the MSP.  The states can amend central laws enacted under the Concurrent List subject to the provision that they will have to get the President’s assent, without which they can not come into force. In fact, the trust deficit has widened ever since the ordinance route was adopted to propose reforms in the agriculture sector. The Centre-state tussle threatens to impede agricultural operations, an unwelcome scenario that can delay economic recovery, unless a middle ground is found sooner than later.

The announcement promising free Covid-19 vaccination in Bihar as part of the election manifesto took several states by surprise. Then came another twist in Centre-State relations when the Uddhav Thackeray-led Maharashtra government made it mandatory for the CBI to seek state’s permission to carry out any investigation.

But this equilibrium has shaken a bit with important states including West Bengal, Punjab, Rajasthan, Chhattisgarh, Jharkhand and Kerala with the Opposition. It may be recalled that the Apex Court had observed that the Centre and state governments must display harmonious “coexistence and interdependence” to assure a certain degree of independence to State governments.

The landmark verdict had been delivered on the power tussle between Arvind Kejriwal led government in Delhi and the Centre by a five-judge constitution bench headed by the then Chief Justice Dipak Misra. It is time both stakeholders revisit their approach to have cordial relations so that federal discords do not lead to a Constitutional crisis!