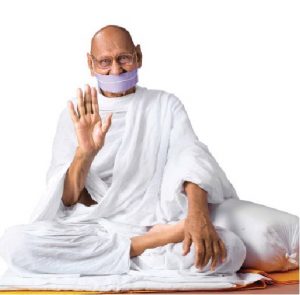 Acharya Designation: On 5 February 1995, Mahapragya was formally consecrated as the 10th Acharya — the supreme head — of the Terapanth religious order.

“Conversations cease when we learn to discover the joys of internationalization”

Acharya Mahapragya, the tenth Acharya of the Jain Swetamber Terapanth Sangh was a humanitarian leader, a spiritual guru and an ambassador of peace. An ascetic practitioner with intuitive insight, he spent his life striving for universal amity.Acharya Mahapragya, the tenth Acharya of the Terapanth Sangh, was an encyclopedia of knowledge. A scholar of Jain religious texts, he has contributed greatly to the understanding and dissemination of Jain philosophy and way of life.  Shared below his inspirational journey.

He was a prolific writer, a profound yogi, a teacher, philosopher and a distinguished Jain Acharya. He traversed more than 1,00,000 kms on foot across India, addressing thousands of public meetings, reaching out to the masses with his preachings of peace and harmony.

Acharya Mahapragya popularized the “Preksha Meditation System”,  which teaches self-control to achieve self-transformation. He also launched the Ahimsa Yatra movement to promote non-violence and harmony. He authored more than 300 titles on topics ranging from meditation and spirituality to human psyche and yoga many of which are regarded as classics, Acharya Mahapragya encouraged one to look within. In his last discourage on May 9. 2010, he said “An ocean of infinite intuition, infinite knowledge, infinite joy and infinite power is surging within”. He is not merely a person, but also a purpose, not just a being but also a belief. He is a perception than can not be bound by time or space.

Bharat Ratna, Dr APJ Abdul Kalam, former President of India, regarded him as a towering inferno of knowledge, who purified every sould that came into his contact.

Acharya Mahapragya was born to Tola Ram Choraria and Baluji in the small village of Tamkor in the in Rajasthan of Jain Shwetambar Terapanthi Agrawal family. He was called Nathmal by his family. Mahapragya’s mother was religious lady who devoted her spare time to spiritual matters.

She also used to recite religious songs which made an imprint on the young child. Her spirituality inspired him.[15] Mahapragya received lessons on philosophy  from Jain monks who visited the village. Eventually he conveyed to his mother his wish to be initiated into monkhood and on 29 January 1931, he became a monk at the age of ten and his intellectual development accelerated and he memorised thousands of sermons and verses and made an
in-depth study of Jain scriptures, became a scholar of Jain Agamas, and a critic of Indian and western philosophy. He also studied physics, biology, ayurved, politics, economics, and sociology.

Impressed by Muni Nathmal (later Mahapragya), Acharya Tulsi honored him with the qualitative epithet of Mahapragya (highly knowledged) on 12 November 1978. On 4 February 1979, his appellation ‘Mahapragya’ was converted into his new name by Acharya Tulsi and he was also made ‘Yuvacharya’, successor designate to the present Acharya, the second highest position after Acharya. With this elevation, he was now referred as Yuvacharya   Mahapragya.

As a Yuvacharya, Mahapragya became a close associate of Acharya Tulsi in major decisions and activities related to the sect. In a public meeting on 18 February 1994, Acharya Tulsi declared that Mahapragya would now have the title of ‘Acharya’ also and that the former was renouncing this position forthwith. Subsequently, on 5 February 1995, Mahapragya was consecrated as the 10th Acharya — the supreme head — of Terapanth religious order in a public meeting  in Delhi.

Jeevan Vigyan is an effort to implement value-based education and moral education. Its goal and approach is overall development of student and not simply just the intellectual development. Mere intellectual development can’t help in building real experience and character  and as such it aims for a balanced emotional, intellectual and physical development. The scientific techniques of Science of Living help in balancing the emotions and functioning of the neuro-endocrine system in our bodies.  Acharya Mahapragya conceived the idea of ‘Science of Living’ on 28 December 1979 and many camps were conducted for the teachers while Science of Living started getting positive reception from ministry of education and various educational society. After one year of its implementation in schools, the results were surprising and very positive for students. It started getting wider
acceptance with education ministry of Indian Government and state governments. Many schools started including it in their curriculum. Some of the feedback can be summarized as reduce in stress, improved efficiency in studies, better concentration and memory, better anger management etc.

In 1955 , Acharya Tulsi commenced the research. The joint activity of Acharya Tulsi, Mahapragya and other intellectual monks and nuns began to facilitate the permanent preservation of many thousands of years old canonical scriptures. The original text of the 32 Agam scriptures was determined and their Hindi translation also completed. He uncovered many Agam mysteries and presented root philosophies and Mahavira’s  philosophy and vision in this commentary.  There are beliefs of both determinism and purushartha, Srishti is the sum of destiny in the world but effort is also important.  Destiny depends on effort.  If there is any difficulty or doubt, then chant the Navkar Mantra.  Agama Swadhyaya is the food of the monk. Sage is nourished by Agam Swadhyaya, this increases knowledge and quietness.

Mahapragya’s vision of unifying the forces of Ahimsa at a global level culminated in establishment of Ahimsa Samvaya.  Ahimsa is Yug Dhgarma or dharma of the present age, Tirthankar is the supreme sanctified soul while Mahavir and Tathagat are the enlightened ones.

Mahapragya played an instrumental role in Anuvrat Movemeznt which was started by the Acharya Tulsi in Rajasthan in 1949.  It is a positive evidence of the vitality of the Jain religion as also of the presence of the life — and world — affirming elements in it. The aim of Jainism is the development of the individual character and that the ills of society automatically get cured by means of the process of self-purification and self­ control.  term Anuvrat was considered to represent the conviction that small vows can effect big changes. The base of the movement is ultimately to be traced to a nine-point programme and a 13 point scheme which were experimentally tried and accepted by 25,000 people. The nine-point programme includes: (1) not to think of committing suicide; (2) not to use wine and other intoxicating drugs; (3) not to take meat and eggs; (4) not to indulge in theft; (5) not to gamble; (6) not to indulge in illicit and unnatural intercourse; (7) not to give any evidence to favour a false case and untruth; (8) not to adulterate things nor to sell imitation products as genuine and (9) not to be dishonestly inaccurate in weighing and measuring. The 13 point scheme was: (1) not to intentionally kill moving, innocent creatures; (2) not to commit suicide; (3) not to take wine; (4) not to eat meat; (5) not to steal; (6) not to, gamble; (7) not to depose falsely; (8) not to set fire to building or materials out of malice or under temptation; (9) not to indulge in illicit and unnatural intercourse; (10) not to visit prostitutes; (11) not to smoke and not to make use of intoxicating drugs; (12) not to take food at night and (13) not to prepare food separately for sadhus.

Mahapragya started writing when he was 22 years old, authoring more than 300 books in his lifetime. These works deal with meditation and spirituality, the mind, the human psyche and its traits, the roots of emotions and their manifestation through Behavior, Mantrasadhana, Yog Anekantavada.   His main achievement was in bringing together the Jain concepts of karma and human behavior with the findings of modern biology in areas such as genetics, DNA, hormones and the endocrine system.  In his book Art of Thinking Positive ‘, he explored the root causes of negative thoughts and provided a methodology for its transformation. Some other book titles include Towards Inner Harmony, I and Mine, Mind beyond Mind, Mysteries of Mind, New Man New World, Mirror of Self.  Acharya Mahapragya wrote with great clarity. As one of his translator’s once said “Between one full stop and the next sentence, a kingdom can be built”.

Troubled by the word’s problems, Mahapragya came out with the solution of Ahimsa Yatra, a journey on foot to advance the principle of Ahimsa or non-violence.  He started his yatra in 2001 and passed through 87 districts of India, covering more than 2400 villages, towns and cities. Having eschewed violence and pledged to refrain from killing innocent creatures; political leaders, social workers, and spiritual leaders came to him for advice. He took his Yatra from Gujarat to Maharashtra, Daman, Madhya Pradesh, Delhi, Haryana, Uttar Pradesh, Punjab and Chandigarh.  The yatra concluded January 4,  2009 at village Sujangarh in Rajasthan from where it had commenced in year 2001 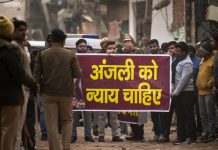