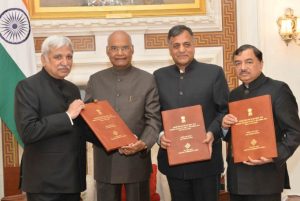 A copy of the Notification issued by the Election Commission in terms of Section 73 of the Representation of People’s Act, 1951, containing the names of Members elected to the House of the People – following General Elections to the 17th Lok Sabha – was submitted by them to President Kovind.

On behalf of the entire country, he appreciated the efforts of the Election Commission, its officials and members of its staff, other public officials who were involved in management and superintendence of the campaign and polling, and police and security personnel, Central and state, for working tirelessly and diligently to uphold the sanctity of the people’s ballot and successfully completing a free and fair election.

Above all, he commended hundreds of millions of voters who participated in the election process in such large numbers. This, the President noted, was entirely in keeping with our Constitution and India’s deep and unshakeable democratic traditions. 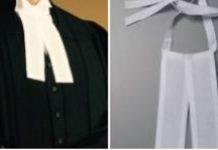