The resignation by the former CBI Director Alok Verma a day after a high-powered committee removed him from his post, is a disturbing denouement to a sordid episode. Institutions judge a country. It is ironic that the present government appointed him as its choice but soon the incumbent fell into disfavour with it. Questions will be raised as to why in the first place, the due procedure was not followed for his removal, leading to its reversal by the Supreme Court. Again, he was not given the natural justice-an opportunity to explain. This becomes even more important keeping in view the fact that the entire CVC report was based on the charges by CBI Director’s deputy, who himself is under investigation by the CBI.  Verma has claimed that the CVC report was based only on the complainant’s corruption charges and not on the ‘findings’ of CVC, making it CBI versus CBI. To add to it, a majority of members of CVC is appointed by the ruling dispensation.  It appears that the committee did not hear the CBI Director because the CVC, had already heard him in the presence of the retired judge, Justice A.K. Patnaik, a supervisor appointed by the Supreme Court. The CBI Director may have been guilty, but the way his case was handled, smacks of carelessness and unpreparedness. It was obvious from the beginning that the government did not want Verma to continue, although it sought to give the impression that it was being even-handed in asking both Verma and Asthana to proceed on leave. The case has exposed an uncomfortable truth that the legal protection for the CBI Director from external interference is still not as strong as the Nation had been made to believe. Though the Supreme Court had declared that no authority, other than the high-powered selection committee, could transfer the Director of CBI, the ball was still in the court of the government.  In tearing hurry, the government quickly convened a meeting, which despite a dissenting note by Leader of Opposition, Mallikarjun Kharge, ordered Verma’s transfer as the Prime Minister and Justice Sikri sealed his fate 2-1. Such an act has serious implications for CBI’s autonomy. An important lesson from the entire episode is that existing safeguards are still not enough to checkmate political interference. The CBI has been politicised and its credibility put to test. It should be made clear that in a parliamentary democracy, the executive should not be allowed to infringe on the rights and autonomy of institutions. Now the onus is on the government and the CBI to restore the credibility of this premier probe agency of the country. Uphill task for the agency is to get its act together to change its public perception.  It has to live unto its motto- ‘Industry, Impartiality and Integrity’! 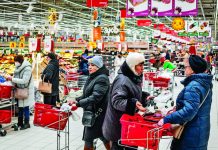 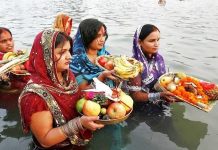