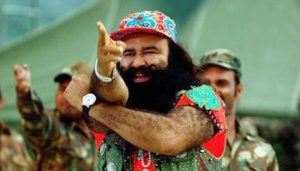 Gurmeet Ram Rahim, the spiritual head of Dera Sacha Sauda was on Friday granted bail by Panchkula Central Bureau of Investigation (CBI) court in the castration case against him.

However, Ram Rahim will remain in jail in connection with the rape case of disciples.

Gurmeet Ram Rahim is serving 20-year jail sentence after being convicted for raping two of his disciples inside sprawling Dera campus in 2002.

The CBI filed the chargesheet against the Ram Rahim in Ambala court and he was booked under a number of sections under the Indian Penal Code (IPC).

The bail granted to him pertains to the castration case where it was found that Ram Rahim had forcibly castrated 400 male devotees belonging to Haryana, Punjab and Rajasthan.

Apart from Gurmeet Ram Rahim, two doctors were also charged in the case as they were instrumental in the forcible castration of hundreds of devotees.

The CBI, in 2015 had registered a case against the Spiritual head of Dera and others in connection with the castration case on an order, issued by the Punjab and Haryana High Court in 2014.