Pro-Tamil outfits and another mixed group led by Pazha Nedumaran, president of Ulaga Thamizhar peramaippu, stage protest outside Chennai Airport by raising anti-Modi slogans and demanding the formation of the Cauvery Management Board.

Banners and hoardings carried by the protesters read ‘Go Back Modi, Down Down Modi’. These banners also made a mention of Tamil Nadu’s right over Cauvery.

In view of the protests, traffic was totally disturbed in many parts of the city and mostly the areas surrounding the airport. However, police dispersed some of the protesters and detained others; in Erode District alone 50 DMK workers were detained to control the situation.

After the protest, Vaiko, chief of MDMK (Marumalarchi Dravida Munnetra Kazhagam), has accused Indian chief justice of dancing to the tunes of Modi government.

“Modi is Coward. Only thieves will jump wall. Why didn’t he come by road like Nehru. He has broken a wall between IIT and Cancer institute only thieves jump walls (sic),” Vaiko added. 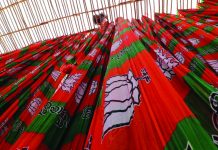 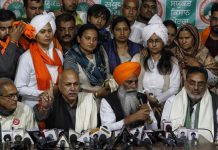 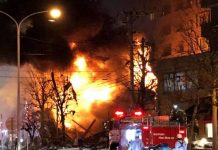 Japan: Blast injures over 40 in Sapporo