While Punjab reported over 10,000 deaths due to Corona virus, the number of deaths in Haryana had crossed 5,500 by mid-May, reports RAJESH MOUDGIL 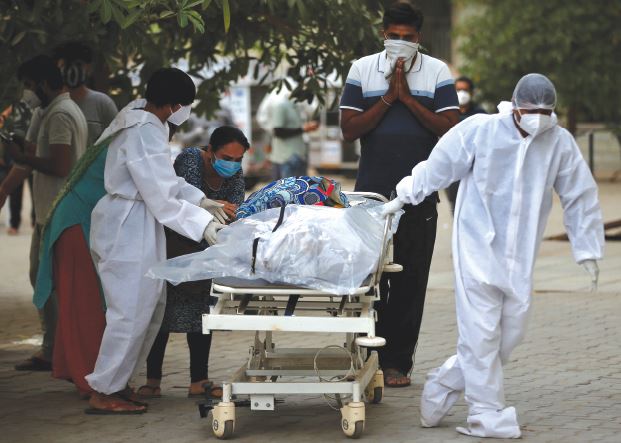 Caught unawares by the second wave of the dreaded Covid-19 surge, Punjab and Haryana which failed to anticipate its gravity well in time, also appeared to be making piecemeal efforts in May’s first fortnight.

Though the two states did swing into action subsequently, it was only after the former had become one of the worst hit states in the country and the latter notched the notoriety for its worsening virus positivity rate. Punjab had already reported 10,000 deaths due to Corona virus by mid-May while there were over 5,500 deaths in Haryana by the same time. Both the states also stood starving for adequate vaccination doses and oxygen supply.

It was after the surge in Covid cases that the Congress-ruled Punjab and BJP-led coalition government in Haryana scurried to improve its inoculation drives and sought adequate oxygen supply from the Centre. The Congress MPs in Punjab also espoused for harsher curbs including longer lockdowns to check the upward graphs of the virus spread while the Haryana rushed its official agencies to plug the lacunae causing the rapid rise in the Covid cases by dispatching teams now to villages. The two states, especially Punjab, were also at a loss in handling the farmers’ agitation which protested against lockdowns and could even be seen coming out across the state asking traders and shopkeepers to open their shops.

Notably, the Punjab and Haryana high court too directed the Centre to consider reorientation of the oxygen supply to Punjab, Haryana and Chandigarh. The high court described the situation as critical, warranting Centre’s immediate attention so that allocated quota of oxygen reached Punjab, Haryana and Chandigarh, before it was too late. The court was told that Punjab required 300 metre tonne of oxygen whereas only 227 MT had been allotted to it by the Centre. Likewise, Haryana advocate general B R Mahajan submitted that Haryana was also facing shortage of oxygen.

The Chandigarh senior standing counsel Pankaj Jain submitted that even UT was now facing difficulty in procuring the required quantity of oxygen. The amicus curie, senior advocate Rupinder Khosla pointed out that there was a severe shortfall in the supply of oxygen to the three states. The allocated quantity of oxygen was either not being supplied or was allotted from distant places. By the time the arrangements were made, the states were virtually left starving of oxygen resulting in many deaths, he said.

Virus reaches villagesWhile the situation in most of the cities of the two states remained grim, the virus’ tentacles spread to villages, especially in southern districts (Malwa region) — such as Mansa and Bathinda — of Punjab, and several districts of Haryana. The health officials of Punjab held that of an average of 600 daily new positive cases reported from Bathinda, half of them came from villages.

The government claimed it is so as a large number of farmers were frequented Delhi borders for the ongoing farmers stir and thus had not been coming for the vaccination. There were also said to be a large number of villagers who suffered from diabetes and obesity, the health officials held.

A similar situation prevailed in Haryana villages where a large number of positive cases and deaths due to the Covid were now reported. Latest reports came from Bhiwani’s Mundhal Khurd village where several deaths were reported by mid-May. The village panchayant has thus prohibited entry of outsiders and opening of shops selling non-essential items.

Several deaths were also reported from Titoli village in Rohtak district in the same span of time subsequent to which the district administration has decided to seal the village after declaring it as a containment zone. Over two dozen deaths were also reported from different villages of Hisar and Sonepat districts during the past fortnight. The area health officials held that the villagers were not only hesitant to get vaccinated but also preferred quacks for treatment.

The state Congress president Kumari Selja highlighted the spike in the Covid cases in villages and accused the state government of its failure to check it in time. She said she had demanded an all-party meeting to collectively deal with the pandemic though, she said, it was unfortunate that in this hour of crisis, the chief minister Manohar Lal Khattar and his government were not communicating with the Opposition.

In Punjab,The Aam Aadmi Party (AAP) MLA and Kisan wing president Kultar Singh Sandhwan said that the traders and farmers were protesting against the lockdown being imposed in the state by the Capt Amarinder Singh-led Congress government, which showed that the government had lost faith of the people.

Sandhwan held that Punjab government had neither been able to make arrangements for treatment in hospitals nor had it helped the shopkeepers and businessmen, thus failing on every front.

The Punjab BJP president Ashwani Sharma said it was shocking that Punjab had not been able to curb its mortality rate which had now reached alarming proportions. He said this exposed the poor preparedness of the state government. He held that the alarmingly poor health facilities stood starkly exposed in rural areas where more deaths were being reported than urban areas.

Govts’ act Haryana government has now decided to provide door-to-door oxygen cylinder refill facility for which the patient or their family would have to apply online. This, the officials said, would not only save the kin of the patients from lining up to refill cylinders, but it would also curb the black-marketing of the cylinders in the market. When the needy patients would register for oxygen cylinder refill on the official portal (http://oxygenhry.in/), their applications would reflect in portals of the NGO and the Red Cross Society. If any of these two accepted the request, the information would be sent via SMS on the given mobile number of the applicant patient.

Haryana health minister Anil Vij said that while work was on to set up six oxygen plants in government hospitals of the state. After Ambala, oxygen plants would soon start functioning in Panchkula, Faridabad and Hisar. He said that production at oxygen plants installed in Karnal and Sonepat had already started. Vij also released a Home isolation kit, to be given free of cost, across the state for over 98,000 corona patients’ under treatment in home isolation. The government has also decided to launch a special door to door screening drive in villages by constituting 8,000 multi-disciplinary teams.

Punjab chief minister Capt Amarinder Singh has authorised the deputy commissioners to impose any new and harsher restrictions, if needed, in their respective districts, but made it clear that no dilution of the existing curbs would be allowed, except for opening of non-essential shops and private offices on rotation.

He also asked the officials to examine the possibility of re-employing the volunteers deployed last year and also to get rapid antigen tests done on all residents in the villages. 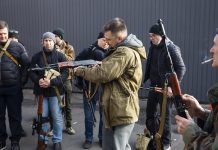 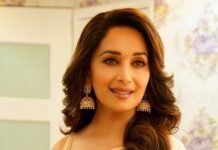