Union minister Nitin Gadkari recently said that the government’s “financial availability” dictated the decision to bring down the number of Rafale jets to be bought from 126 to the present 36 aircraft purchase agreement. In an interview to journalist Karan Thapar, Gadkari admitted that financial considerations had been behind the scaling down of the order. “How can you advise me that you can take 100 planes? At least we need that much money to spend them, so it is depending upon the government’s financial position to purchase 36,” he said.

On being further probed, he added, “Anything, anywhere you purchase, you take first phase, second phase, third phase and then you increase. Suppose, after 36 planes, if there is an availability of new technology, new plane with a cheaper price, then we are free to purchase that, why we should purchase from Rafale?”

Gadkari also said that the attacks on late Prime Minister Rajiv Gandhi by Prime Minister Modi were a result of the Congress’ campaign, which had heaped abuses on the present PM. “Rahul Gandhi calls the PM a ‘chor’ (thief), this is a game of action and reaction… It is time for political parties to increase the standard of political campaign. I am expecting it from the Congress party,” he said.

On May 10, the Centre had strongly defended before the Supreme Court its deal to buy 36 Rafale fighter jets from France, saying they were not for “ornamentation” but essential for national security. A bench headed by Chief Justice Ranjan Gogoi reserved verdict on the pleas, including the one filed by former Union ministers Yashwant Sinha, Arun Shourie and activist lawyer Prashant Bhushan, seeking review of its December 14 judgement which gave clean chit to the deal, media reports said.

Attorney General K K Venugopal, appearing for the Centre, referred to the fact that Air Force in 2001-02 had raised the issue of acquiring 156 combat aircrafts. “The period from 2007 to 2015 was a great setback as combat aircraft are very essential for the country,” a PTI report quoted the top law officer as saying. “This is not for the purpose of the ornamentation. This is very essential for security”. Dealing with the scope of judicial review in cases relating to defence procurement, he said, “No court in the world will go into what is to be purchased in a defence deal”.

Vehemently opposing the submissions of lawyer Prashant Bhushan, he sought dismissal of the review petitions saying that the basic grounds of these pleas were the same as in the main case. “The Supreme Court has already decided the challenge to the Rafale deal. I would still say that the petitioners are seeking review of the judgment on the basis of secret stolen documents,” he said.

He then referred to a clause 10 of the IGA between France and India and said that it mandated maintaining the secrecy of the deal. “So far as the price is concerned, it is covered Article 10 of the inter-government agreement (IGA). Pricing under Article 10 was not supposed to be discussed in public domain”, he said.

The Centre, however, shared the pricing details and the defence acquisition procedures with the court, he said. He also referred to the CAG report and said that it has been found that the government got the jets at 2.86 per cent lower price. The government is under obligation to put defence material under cover, he said, adding, “When the security of the country is involved, you do not view it as a contract to build a highway or a dam”.

On the issue of registration of the FIR as mandated by the apex court judgement in the Lalita Kumari case, the law officer said, “There has to be a prima facie case, otherwise they (agencies) cannot proceed. The information must disclose commission of cognizable offence.” On the court’s question of waiver of sovereign guarantee in IGA and its replacement with a letter of comfort, Venugopal said it was not an “unprecedented practice” and referred to such agreements with Russia and US where there was waiver of sovereign guarantee. “It is a question of national security. No other court in the world will examine a
defence deal on these kinds of arguments”, he said.

He said that the word ‘fraud’ is being bandied about and the entire docs in the Rafale case was never asked for by court. A mistake in interpretation cannot be the basis of review of an entire judgment. The government is under obligation to put defence material under cover, he said. The bench asked the Centre as to why there was no condition in the IGA that the jets would be made at HAL as mentioned in the earlier deal.

Venugopal said that it could not materialise on grounds like more man power required by HAL in producing those jets here. “The lives of the pilots were at risk. The 126 MMRCA process was not working…so a conscious decision was taken by the head of the government to go ahead with the procurement of the 36 Rafale jets,” he reportedly said.

Lawyer Prashant Bhushan submitted that the judgement did not deal with the prayer seeking probe into the deal and decided the petition on the premise that it was seeking cancellation of IGA. He said that Centre misled the court by referring to non-existent CAG report in November, 2018 hearing when it is on record that the report came later in February this year.

Shourie also advanced arguments on his plea seeking perjury prosecution of some government officials for misleading the court during earlier hearing. The government alleged that the petitioners are seeking more documents to start a “fishing and roving enquiry”, he said adding that these papers are, in fact, in public domain.

“Our intention is that the documents be seen by the court,” he said. “There is something called the Arms Trade Treaty of which France is a signatory and India is not because we found the treaty discriminatory. The treaty gives immunity to signatories, but a sovereign guarantee overrides this treaty and would protect India’s interests,” he said. 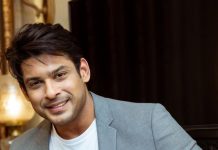 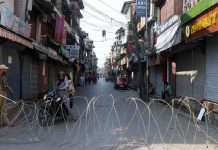